I had another Rip Van Winkle moment, this time at Lake Union Park, which I had last visited nearly two years ago. So many new buildings had popped up or been completed since then that it was disorienting. Thankfully, the Space Needle was still visible, but I wondered how much longer that would be true. Sketching with USk Seattle, I deliberately chose this view with new buildings obscuring it from this angle.

Unfortunately, I had to leave the sketch outing early to get to a class, so in the remaining time, I filled a couple of pages with quick gestures of sailboats. I’ve sketched boats on the lake before, but only as part of a larger scene. My goal with these was to simply capture their movement and varying angles as they went by. What fun! 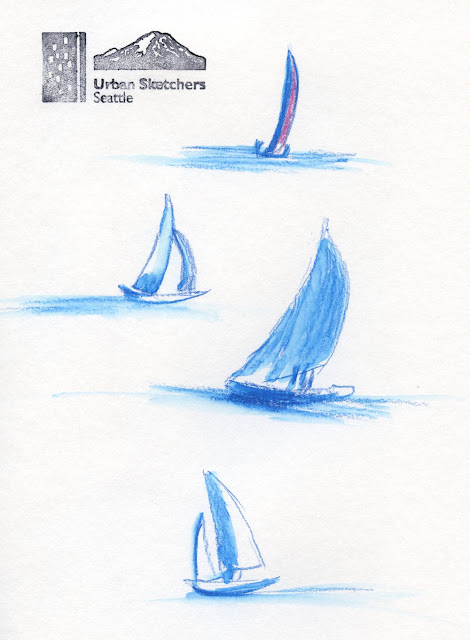 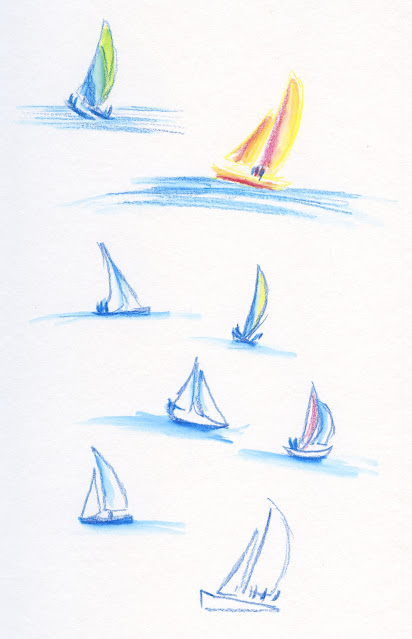