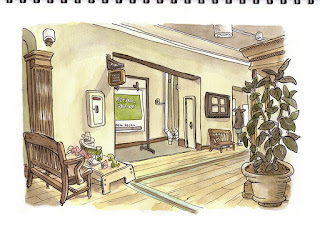 I've been taking my Gage students around town for a couple of years now. Wallingford Center has plenty of seating and several different vantage points for interesting and cluttered views. 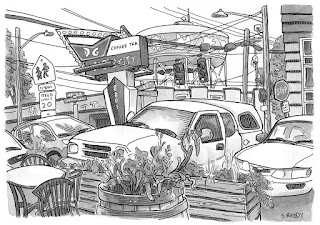 This was sketched under the awning at Cloud City, though a few stray drops blew in at an angle as I was finishing up. 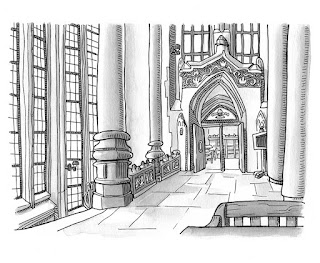 My class has drawn at Suzzallo Library many times. With so many obvious verticle and horizontal lines, it's not my favorite location, but it's helpful for beginning students to have such clear structural landmarks. 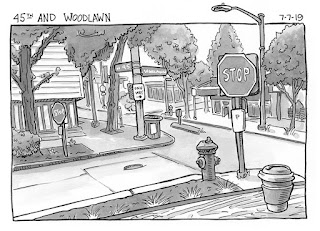 There's a new Grand Central on 45th, so Donna and I sat outside with Tessa, a friend's dog she was dog-sitting. 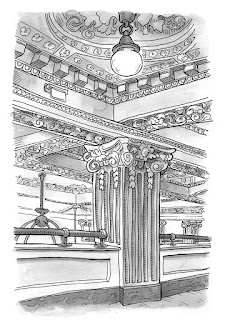 This is on the second floor of King Street Station. There's a new gallery on the third floor, but no wet media is allowed, so I can't do my ink washes up there. 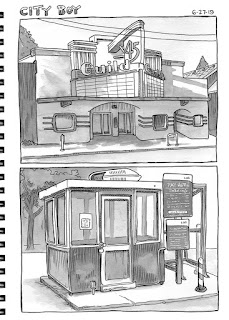 Two views on 45th street. I wanted to capture the old Guild before it's gone. The parking lot ticket booth was demolished the day after I drew it. You gotta be quick to capture our quickly changing cityscape!
Posted by Steven Reddy