Palace of the Pacific

The Showbox turns 80 this year. It opened on July 24, 1939 as the Showbox Ballroom and it is legendary for it's history of performers who have graced it's halls and helped put Seattle on the music map. This past Saturday, I joined several Seattle Urban sketchers, including some I haven't seen in a while.

It started as a bright sunny day and I chose a shaded spot almost directly under the sign so it wouldn't be blocked by the spring foliage, lovely, but not my focus. After getting the basic lines on the page, I was shivering. So I retreated to a coffee shop to warm up. 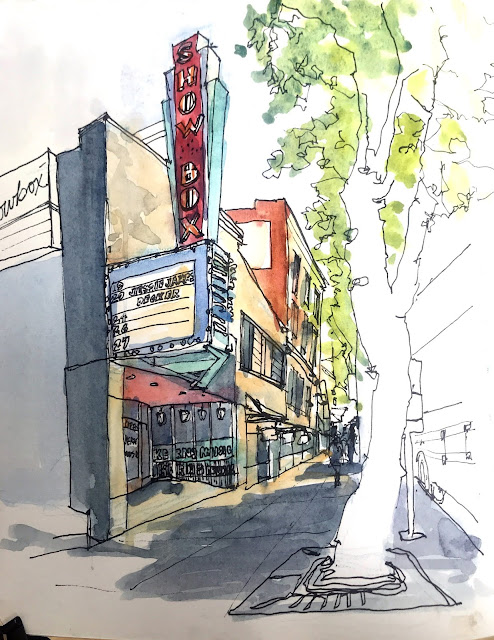 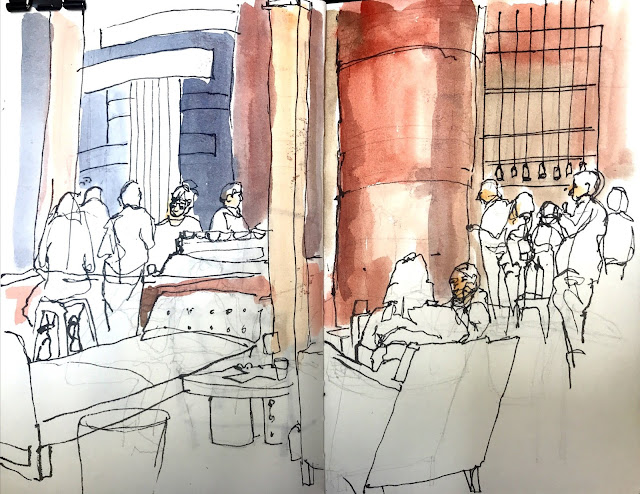 After the throwdown and lunch I emerged into a much warmer afternoon. Thinking about my upcoming workshop, People in Places, I plopped down my stool on the entrance to Pike Place and thought I'd do a quick sketch, this time in the sunshine. Quick on an A-4 sized sketchbook soon becomes a longer sketch. I have to learn to break up the page. 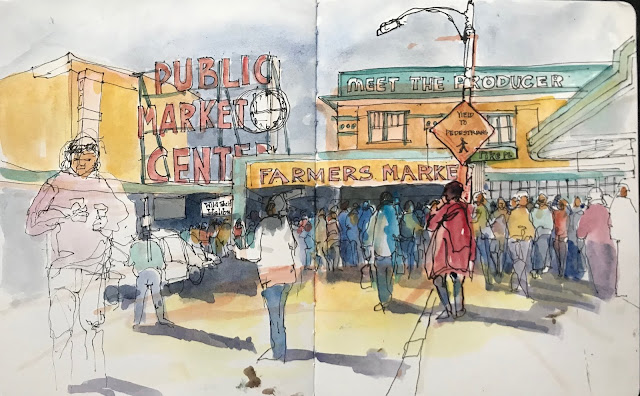 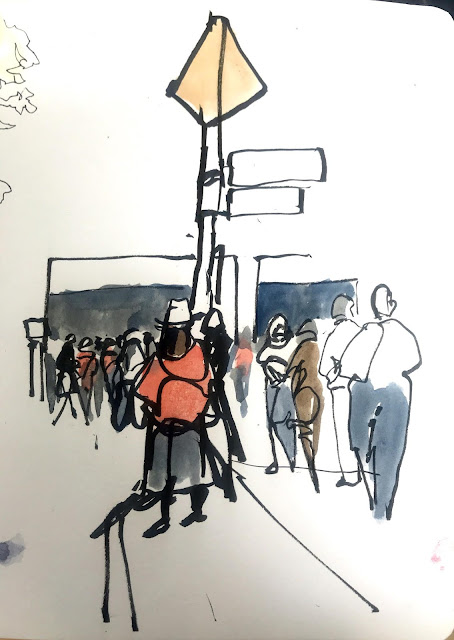 Bolstered by the afternoon sunshine I went back to the Showbox to finish my sketch. As I sat on the sidewalk next to the bus carrying that evening's entertainment, the Jesse James band and their entourage, a few people approached. One a photographer, Peter Arthur, who is documenting Seattle's streets and asked to take my photo. 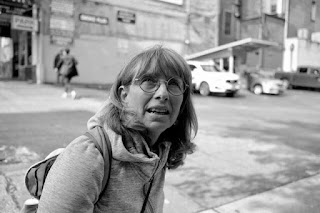 We chatted about Seattle's streets and urban sketchers. Soon some roadies emerged from the truck and met up with their co-workers who told them Brandi Carlile and Dave Grohl had just been busking at the market. I missed the epic spontaneous performance by just a few minutes, but finished my sketch. Priorities.
Posted by Jane Dillon Wingfield: janewingfield@gmail.com