I’m a Magnet for Heavy Equipment

Ostensibly this morning's sketch outing was scheduled for the Cherry Blossom and Japanese Cultural Festival at the Seattle Center’s Fisher Pavilion. An indoor venue, it was a safe bet for these iffy spring days. My secret intention, however, was to sketch outdoors as long as the weather was hospitable, and it was. In the sunshine, I would even go so far as to call it “warm”!

In all directions, the Seattle Center is full of things to sketch, but I just followed my ears to the noisy commotion at the former Key Arena, which is undergoing a major renovation. Sitting on the edge of the International Fountain, I caught a crane and a few smaller machines doing their thing. The only problem was that from that distance, I didn’t realize the crane was standing on a lower level, so I couldn’t see most of its base. It looks like a crane without an engine. (Still, I’m pleased that I was able to get both the crane and the arena in the same composition while maintaining the correct proportions on both – all on a 5½-by-8½-inch page. I credit Gabi Campanario’s Pocket Urban Sketching workshop for that.)

I seem to be a magnet for heavy equipment – no matter where I go, I find some. (I realize that’s not a challenge in this city.) At the foot of the Space Needle, I found a machine with nothing to do, but its tire treads made an interesting study of light and shadow, as did the Needle itself. 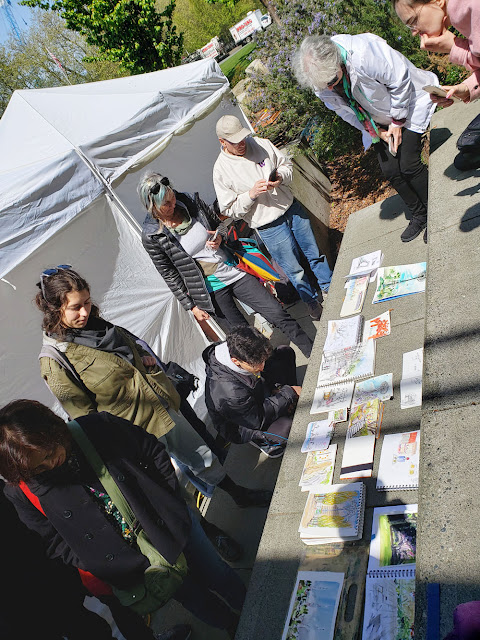 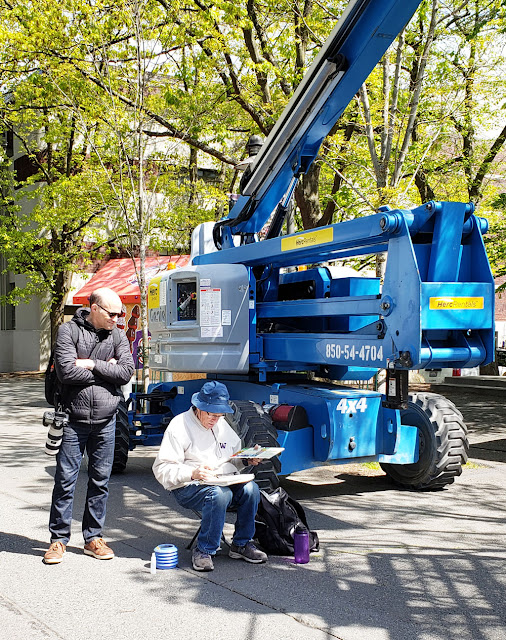 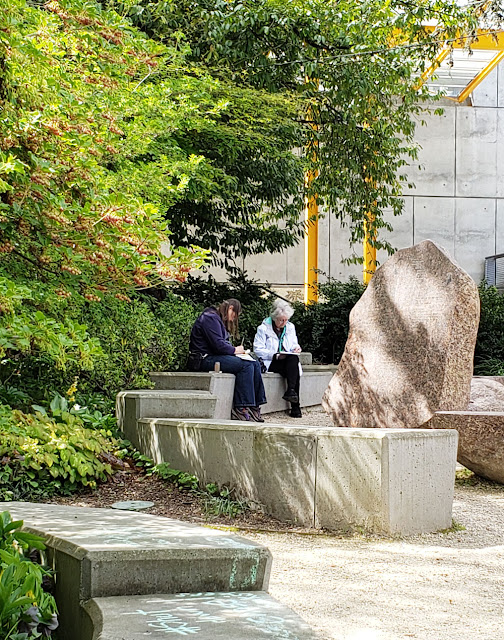