Urban Sketchers are an hospitable lot.  When ever a sketcher is in town visiting, we're happy to organize a sketch outing with them.  This week we have Laurie from San Francisco here and we met up at the Burke Museum on UW campus.

As usual, I was a bit early, despite nasty traffic and a stop at an art store in the U district.  So I had a coffee and quickly sketched a detail of the fireplace in the Museum cafe. 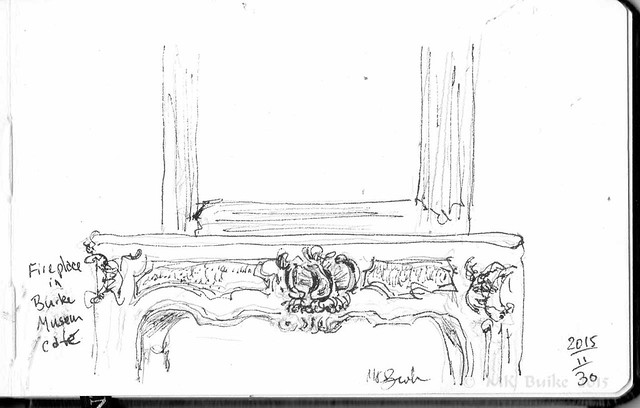 I've sketched there a couple times.  Today I chose a couple First Nations artifacts.  From the card:  this sea lion once rode a house ridge in the Tlingit village of Tongass (AK).  It was illegally removed [stolen] in 1899 by a group of Seattle businessmen on a totem poke hunt. ... The Burke Museum was given permission to display the sea lion by the late Esther She, Taantakwaan (Tongass) matriarch.  The museum plans to return it to the Taantakwaan. 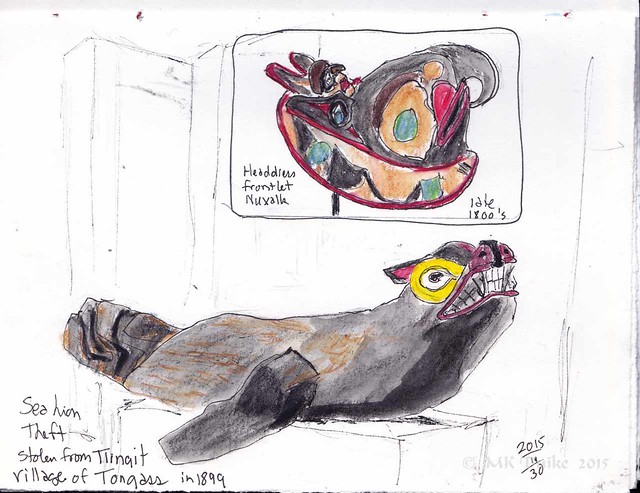 I had dressed for very frosty weather, so I was a bit too warm in the Museum.  Plus I'd noticed a couple views outside I wanted to sketch.  This is the entrance to the university, with a large W. 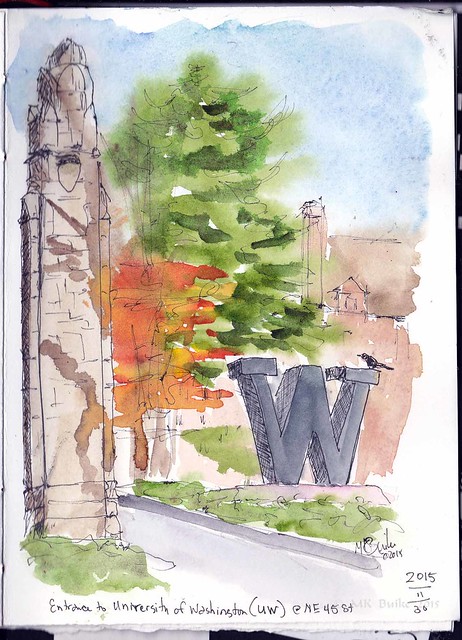 Our visitor is Laurie, standing, second from right.

Next stop:  tomorrow at MOHAI!
Posted by MK Buike