Old and New on Alki

The ad hoc outing met at Salty's on Alki.  This venue offered the opportunity to sketch pieces of the (now scrapped) historic ferry,  Kalakala.    In addition to parts of this poor old ferry, there was also a newly painted Astronaut.

The traffic wasn't as bad as expected, so I arrived at 9am, an hour early!  I found my 19th (of 25) Astronaut on the Town on the porch of Salty's restaurant.  I settled down to sketch it while I waited for the sketchers to arrive. 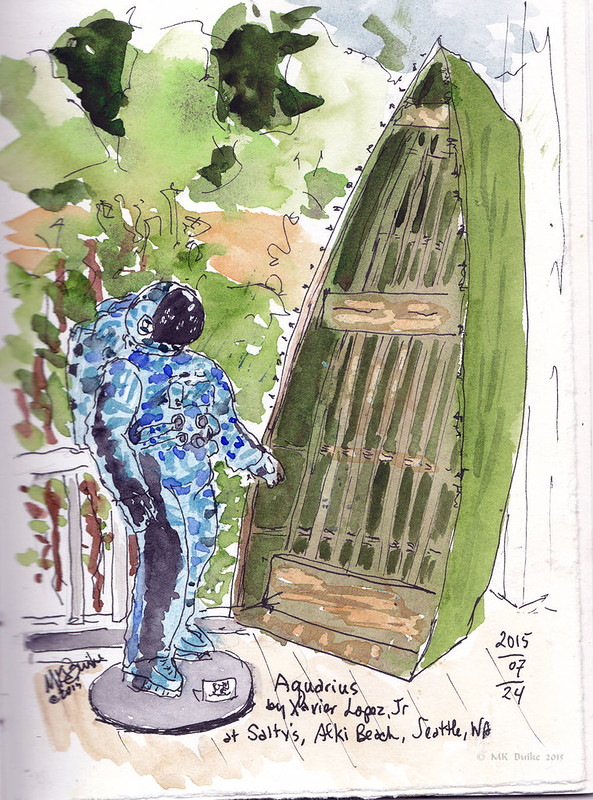 Other than the astronaut, I really wanted to see and sketch the remains of the Kalakala.  I got as far as getting the ink drawing completed when it started to rain.  I tried using an umbrella but it was broken.  I finally gave up and sought shelter in Salty's for a beverage and a snack.  Michele and Marvin had the same idea so we sat together, talked and sketched the scene out the windows.

Marvin, before the rain, also sketching the Kalakala 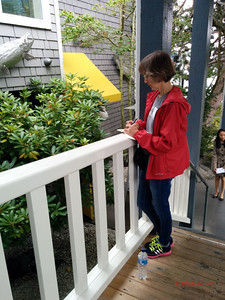 Teri sketching the lobster sculpture; this was her first sketch outing with us

As we were sitting at the table, a woman came up to us to ask, "are you Urban Sketchers?".  Why, yes, we are!  Hopefully she will join us in future.

Fortunately, the rain stopped when it was time to share sketches.

After lunch, I finished my Kalakala sketch with a suddenly very hot sun beating down on me.   This image of the sketch shows the special name badge I made for today:  "Singapore Pity Party"  a joking commemoration of our missing the Urban Sketchers Symposium happening now in Singapore.  Frank shared his experience of having ridden on the Kalakala in 1966!  He also told me the hunk of metal next to it is the crank shaft. 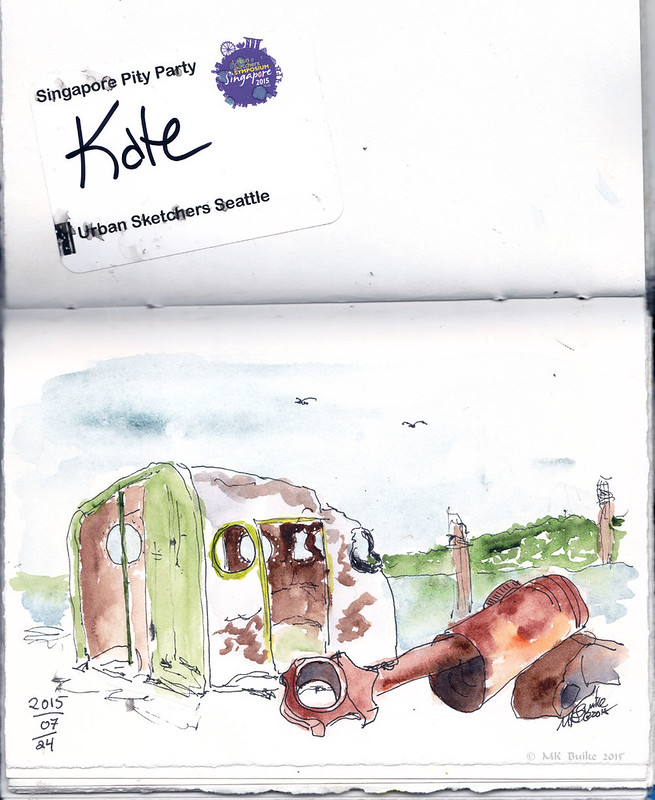