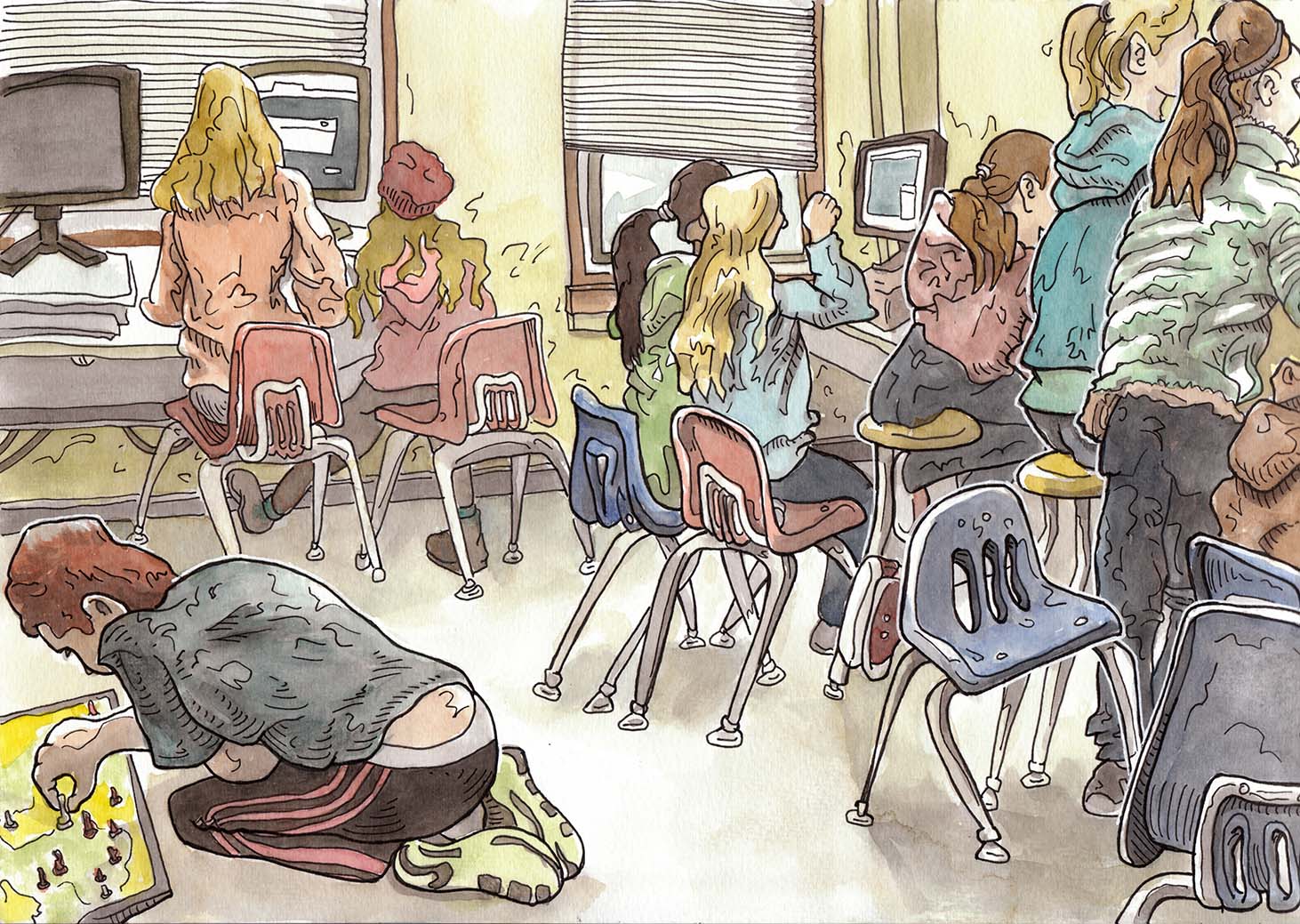 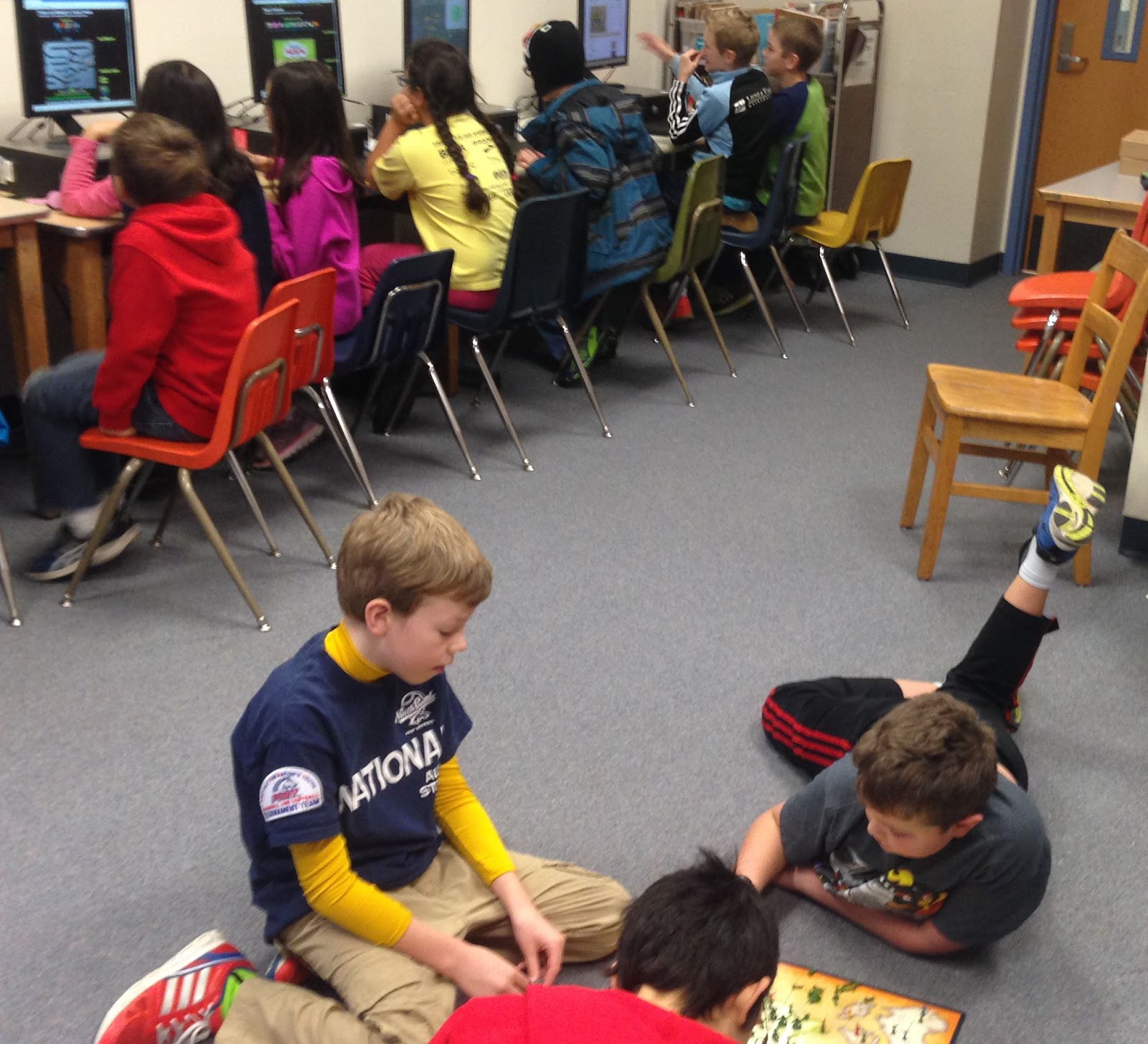 I subbed for a couple days last week at APP Lincoln, just a few blocks from my house. The kids had earned, according to the lesson plans left by their regular teacher, an hour in the computer lab. When a student asked if she could go back to the room to get her sketchbook, I told her to grab mine as well, and I drew the kids as they played games. I rarely draw people because they move too much, but I was captive with nothing else to do. When I finished, they asked me for a copy so I printed one out for their room.
Posted by Steven Reddy