It was our regular 2nd Friday ad hoc sketch outing.  It was a good thing Tina suggested the Six Arms McMenamins pub in Capitol Hill as it was a little too cold for 2 hours of out door sketching!

As with any McMenamins', there was a lot of interesting, eclectic stuff to sketch.  We had sketched there once last year.  So this year I took on the sculpture of the 6 armed Hindu goddess from which the pub takes its name.  She was high above me, which created an interesting angle. 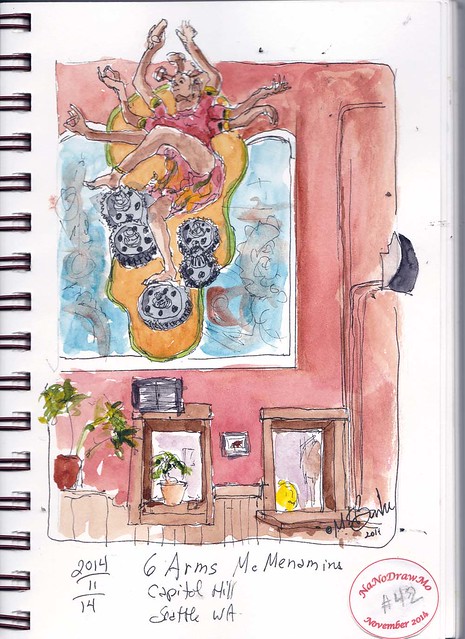 We shared sketches and had lunch.