It’s hard for me to resist the topiary trees at the Woodland Park Rose Garden. I sketched one there in 2018 (which was the last time USk Seattle met there), and even during a nature-drawing class, I sketched another one. During Friday’s visit with USk Seattle, I again gave in to the topiary love.

Despite the lingering haze of smoke, the sun cut through with comfortable temperatures – such a treat for this time of year! (A dubious “treat,” of course, since the unseasonal weather is undoubtedly a result of climate change.) Although long past their prime, many roses still dotted the garden with color.

I walked all around the garden looking for a topiary tree lighted the way I wanted it and something interesting in front of it. Yet again, a thumbnail saved me from choosing too hastily. After I made the one on the left (below), I realized I didn’t like the mostly dark background behind it, and the tree itself was mostly in shade. I kept walking, and eventually spotted the one with the fountain in front of it. That’s the one I sketched in color.

Next was a thumbnail of a rectangular-shaped bush behind Ching (below, left). If I’d had time, I would have enjoyed doing that one in color. I had considered sketching the gazebo several times, but it had been in shade most of the morning. Shortly before the throwdown, the light finally came around to illuminate one side, so it was ready for a thumbnail, too. I made a mental note that the next time I visited the garden, it should be in the afternoon so that different topiary trees (and the gazebo) would be in light. 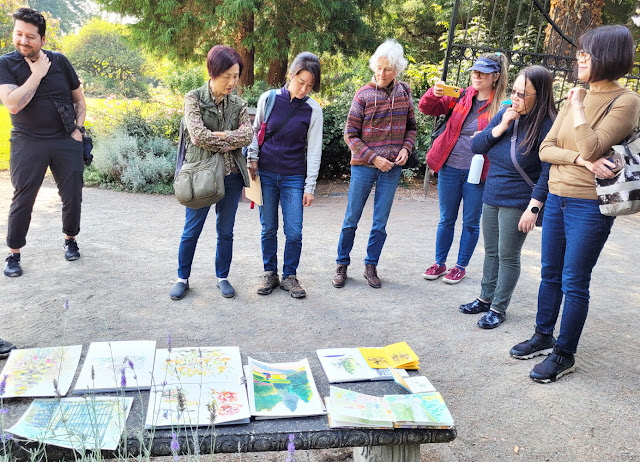 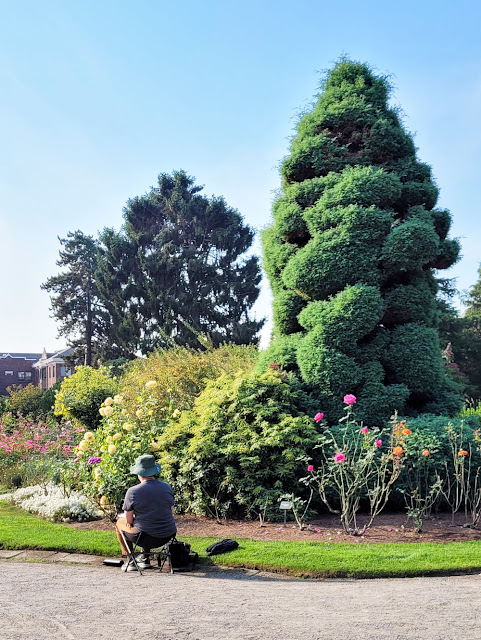 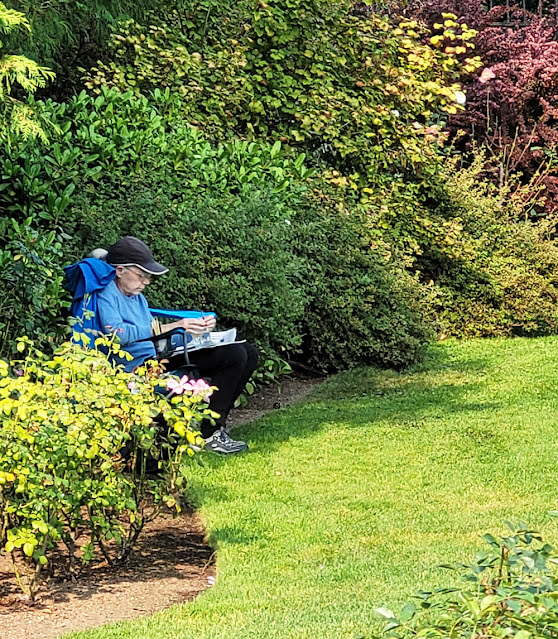 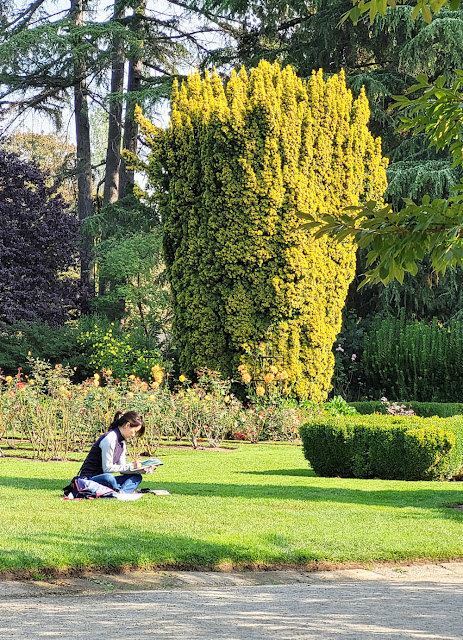