As many times as I have sketched in the Fremont neighborhood, I’m still always torn when I visit. On the one hand, Fremont is full of so many beloved icons (the Troll, the Fremont Bridge, the topiary dinosaurs, to name just a few favorites that I’ve sketched multiple times) that I never tire of sketching. But I also feel like I should branch out once in a while and sketch something less iconic or at least previously unsketched. Last Friday with USk Seattle, I couldn’t resist three icons, but at least I attempted one new subject.

First up was the sculpture of J.P. Patches and Gertrude, which I had not sketched since 2012, so I felt that a second sketch was long overdue. Since I had initially sketched it from J.P.’s side, this time I went around and took on Gertrude’s side. Probably only natives and long-time locals are familiar with J.P. as the host of a live-broadcast children’s TV program back in the ‘60s. Gertrude, J.P.’s sidekick and “girlfriend,” was actually a man. (Who knew that a man in drag would host a children’s TV show? Quite progressive for the ‘60s, even in Seattle!)

As we both sketched the sculpture, I discovered that Paul is also a Seattle native, so we chatted about all the local children’s TV shows we had grown up with. He went to high school with Stan Boreson’s son! I have had no such brush with fame, although my Brownies troop did appear on J.P.’s show once.

Feeling happy and nostalgic, I made a couple of quick thumbnail studies for my 30-day challenge: the Saturn Building, which I had sketched only last month, and a water tower visible from the J.P. sculpture, which I had not sketched before. There – something previously unsketched and less iconic!

The meetup location was the statue of Lenin, which I have sketched several times. Although I wasn’t planning to sketch him again, I had about 15 minutes to kill before the throwdown – just enough time for a small portrait.

So the icons won again. It’s a losing battle in Fremont. 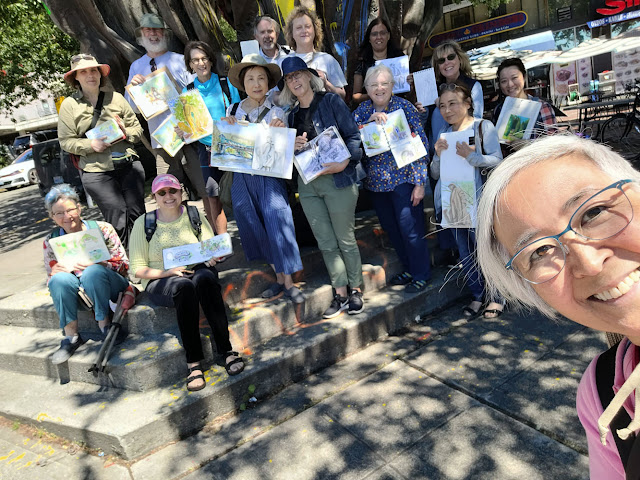 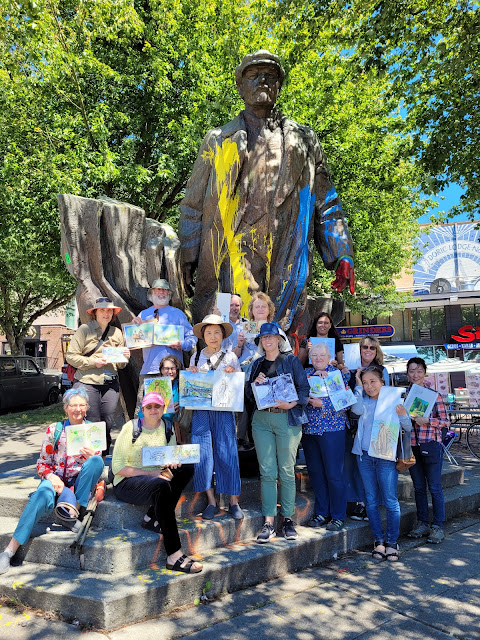