The Saga of Dharma Ko Dhunga

“We had to find a virgin to pee on the masts,” Peter Tucker, aka Dorjé* tells me, “It’s required for the renaming ceremony." He got a 12-year-old boy, a friend’s son, to do the honors. 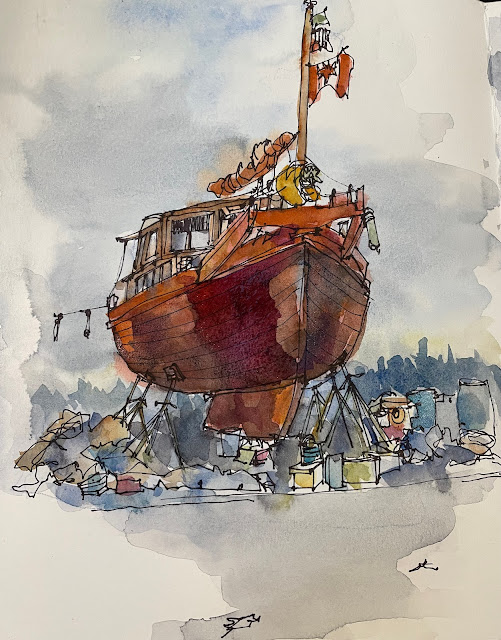 The recipient of that honor is the Chinese junk I stand before as Tucker and I talk. It sits perched on stanchions. The keel is about one foot off the ground, the deck is at least 15 feet up. My husband and son first spotted it being hauled to the boatyard in late January, two yellow pontoons keeping it afloat. “The deck was totally underwater. It’s a good thing I had it tied to the dock all around.” 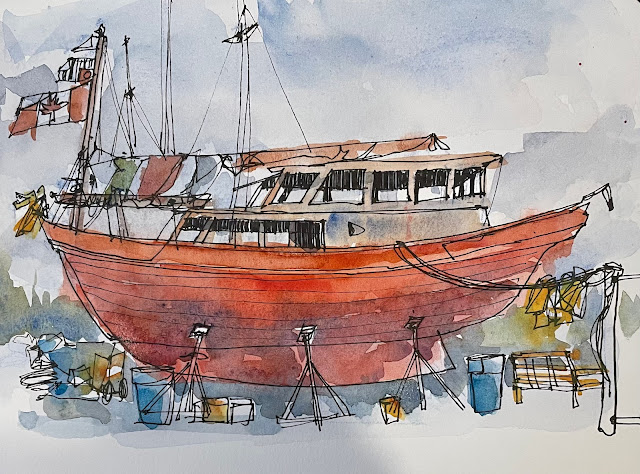 Built in 1918 the junk spent its youth in Southeast Asia—Singapore, Malaysia, Hong Kong—until it came of age in Kowloon Bay, Hong Kong. "In 1945 they decided to make it into a Cris Craft. You know The African Queen and all that." A Chinese/Canadian architect bought it, named it Mai Su Li (possibly 迈 苏 李), and brought it to Nanaimo Harbor in British Columbia. Tucker bought it in ’93. When Tucker asked the former owner about the meaning of the name, “He said he named it after his kids, Michael, Susan, and Lee.” So much for Chinese culture. 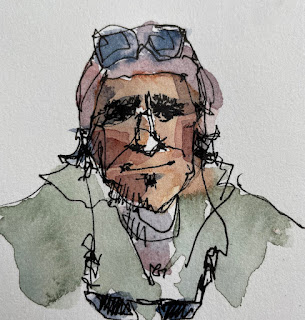 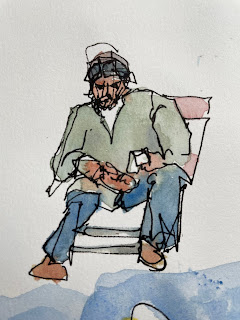 Tucker, a Seattle lawyer who was instrumental in getting the Dali Lama to Seattle for the 2010 festival, Seeds of Compassion, is a fitting owner for this unique boat. He is a character himself with a very storied history, and I only know what he told me in the hour or so that we visited. 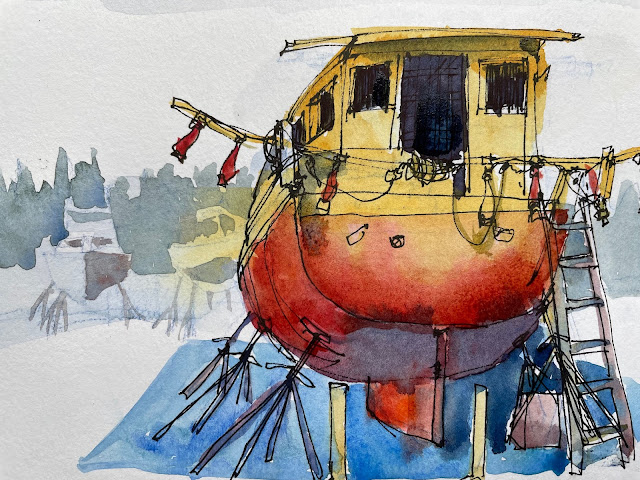 We spoke as he stood amidst the ship’s contents—moss-covered ropes, bright orange lifejackets, yellow pails—all spread out on a bright blue tarp. He told me he was born in Canada in 1961 and believes his mother was a young Irish immigrant banished to a Catholic home for unwed mothers and forced to give up her baby. He was in eight foster homes before he was three when he was adopted by the Tuckers. At 18, he was working as a carpenter in British Columbia when he crushed his spine. The Canadian government offered alternative training to injured employees, so he studied graphic design intending to pursue a degree. A friend intervened and convinced Tucker to study music instead. He still plays music with a group called, Smokey Coal and the Short-Bus Riders. Somewhere along the line he studied law and became a lawyer. That’s where our time ran out, but I’m sure there are still stories upon stories aboard the man and his boat. 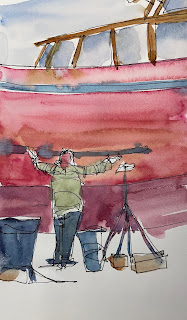 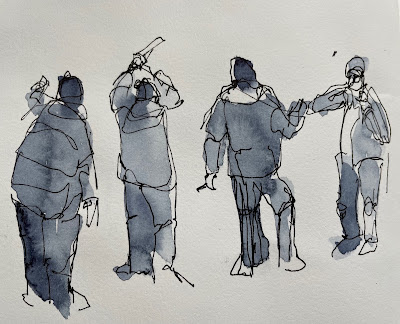 One could draw an analogy between the transformation of the Chinese Junk and the transformation of its owner. Over the years they’ve each weathered many storms, been remodeled and renamed, and yet still stand out among their peers. They've come up to here. If all goes well Dorjé will soon set sail in Puget Sound riding the wind to collect stories, the boat's new name painted on the stern, Dharma Ko Dhunga - Vehicle of Wisdom. 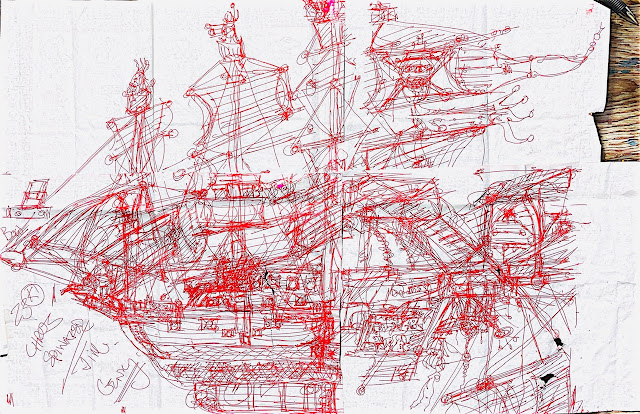 Dorjé's planning sketch of his boat, drawn on the back of 4 paper placemats from a local Chinese/American restaurant. You know...the ones with Chinese horoscopes printed around the rim.