I just learned today that the suburb where I live has four dragons.  Well, according to this article there are three but last year I found a fourth in a home owner's yard.  There is the Roof top Dragon in town center.  There is a second, well, chronologically, the first, high in the lobby of Wizards of the Coast.  I saw her during an event in 2002 but have never gotten back into the building to sketch. And now I discovered one in the fairly new development at "Southport" on Lake Washington. 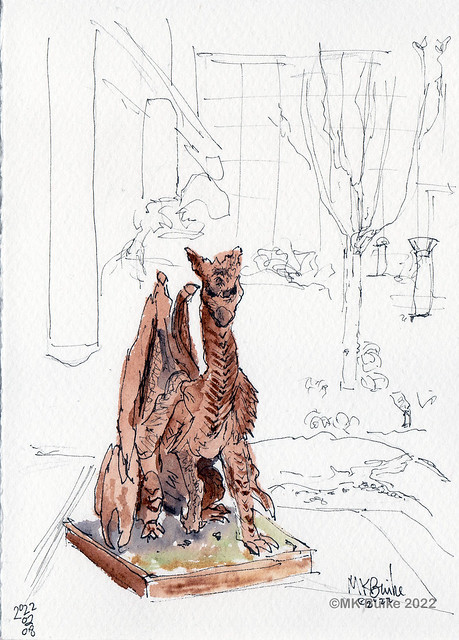