Victoria moved to another state while we were unable to meet due to the pandemic. Since she briefly returned to Seattle this week, we organized an ad hoc outing to be able to say our goodbyes in person.

There were so many plants blooming I wanted to work at least one into my sketch. I chose this weathered bench. There was an "oops" with my fountain pen and a few drops of ink ended up on the right side of the page. This pen has never done that so perhaps I twisted the filler mechanism and spit out some ink. 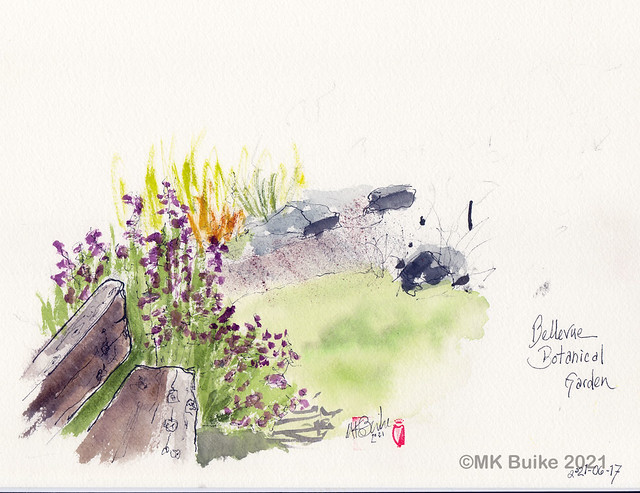 Since I've sketched at least twice at this garden, I followed some paths on which I'd never been before. I discovered the large shed where volunteers worked to start new plants. I tried a different technique by drawing with watercolor first, laying in areas of light color.  Then I drew in pen and followed up with more layers of watercolor. 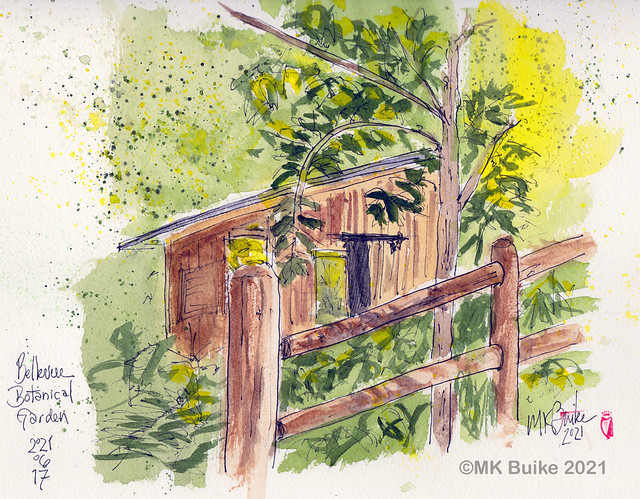 As always, our group photo.

Victoria is in the center, with the striped sun hat.  We wish her well and will miss her.