Inspired by others who have been sketching at night, I wanted to give it a try. I’m more of a morning person, though, so I’ve been looking out the front windows of our house before the sun comes up.

When I first open the shades in the dark livingroom around 6 a.m., it seems like there’s not much to see across the street. But once my pupils have finished dilating, I am surprised by how much light there is. 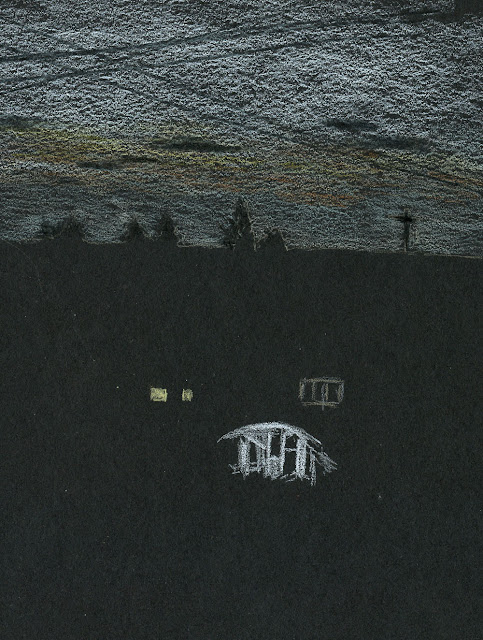 Of course, now all our neighbors are putting holiday lights up, which are even more fun to sketch. 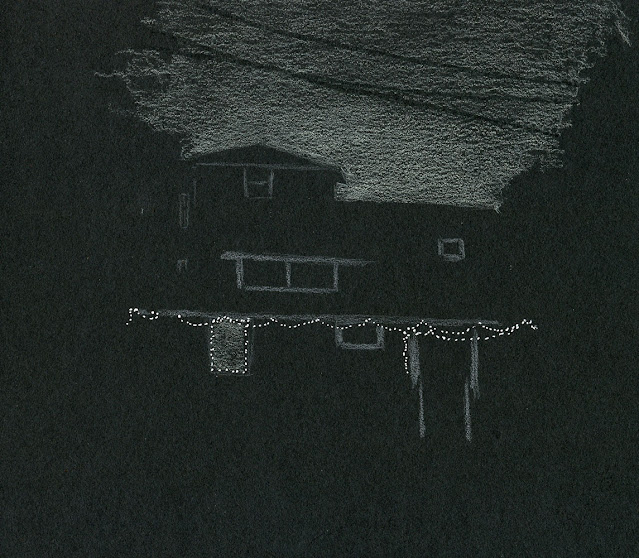 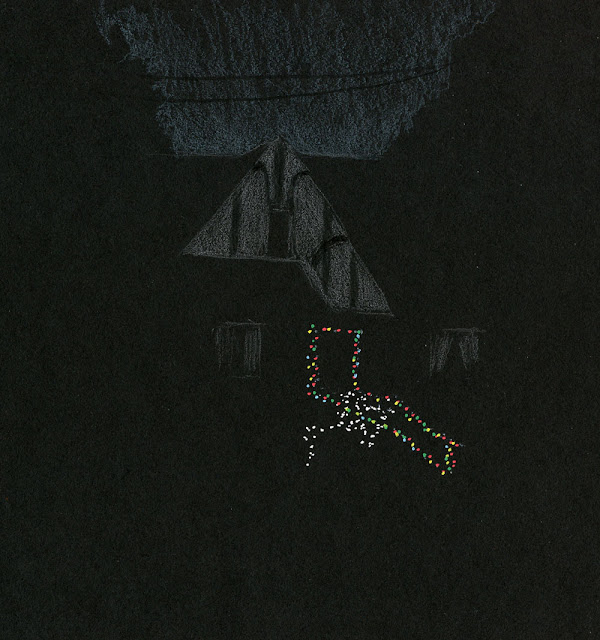 By 7 a.m., the southern sky (the direction our house faces) starts to get a bit coral-pinkish around the edges. I had been up for a while, anticipating the sky’s color on this rare clear morning, but I was waiting for my husband to get up so that I could open the blinds on our bedroom’s French doors, which offer the best view of The Mountain. When he was finally out of bed, Her Majesty’s silhouette was clearly visible (less so in summer when the trees are leafed out). As wispy clouds the same dark blue as Rainier floated by, I sketched like a madwoman trying to capture the sky’s hues before they disappeared.

Less than an hour later, the clouds had turned white, and Rainier had disappeared behind her shroud of mist as she so often does after the sun comes up. 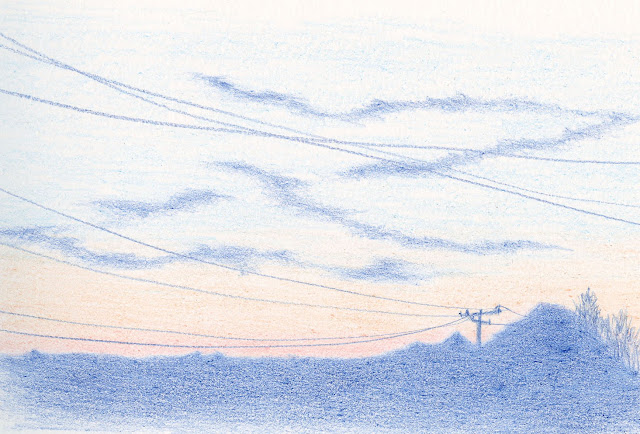 The only thing to look forward to about these long nights (still growing longer for a few more weeks) is that I’ll have more opportunities to sketch in the dark.
Posted by MiataGrrl