It was on this day in 2012 I was invited to be a USk Seattle blog correspondent. I thought it would be good to do a post to commemorate my 8th anniversary.

I miss everyone! I miss sketching together! I've continued to sketch, mostly from my car. I'm also sketching almost daily, but some of it isn't Urban Sketching.

I've just completed a series on the local fires stations. I sketched each on location from my car.  We have so many reasons to be thankful for fire fighters, even more so now!

It started at the end of April when I was driving around the main section of my suburb looking for something to catch my eye. It was Fire station #11. It's one of the more uninteresting buildings. But that's the challenge, isn't it? 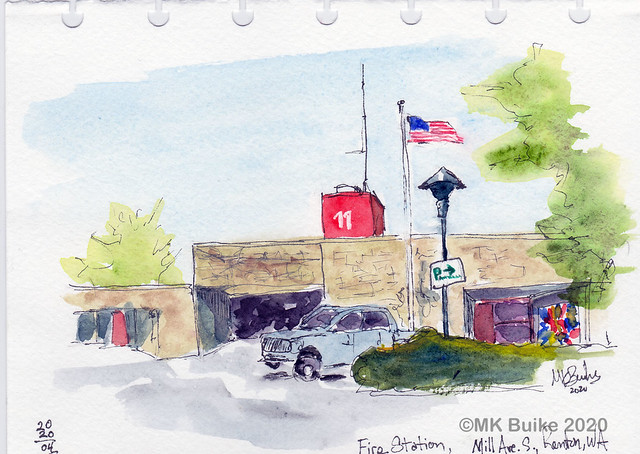 At right of this sketch is a depiction of the enameled metal mural, "Untitled" by Harold Balazs.

It wasn't until July that I decided to make the series. Next was Station 17 and also King County Fire Department 40. It’s another boring building so I parked off to the side to at least get an interesting angle. 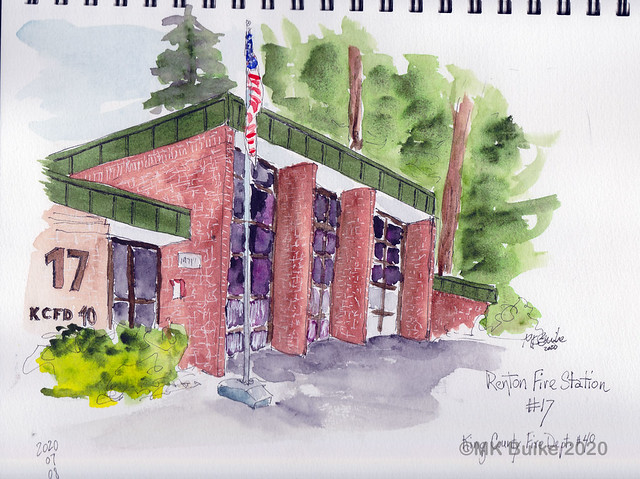 On to Station # 12, in the “Highlands” neighborhood. It was a more interesting building and there was even a fire engine outside, but too far from the building to fit into the composition normally. I sat in the shade of a tree this time. I had my mask ready in case I was approached, but I wasn't. 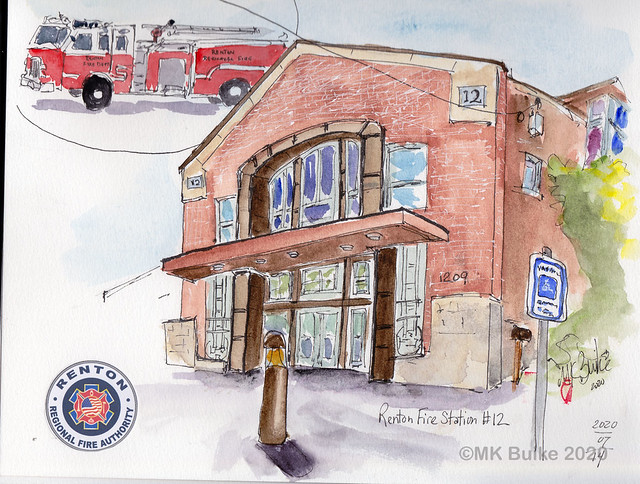 The next day I went out earlier in the morning  to avoid the heat. This is Station Number 14. It’s over near Wizards of the Coast. It's also the "M.G. 'Scotty' Walls Training Center". I found very little about him, even on the Fire Department's website. 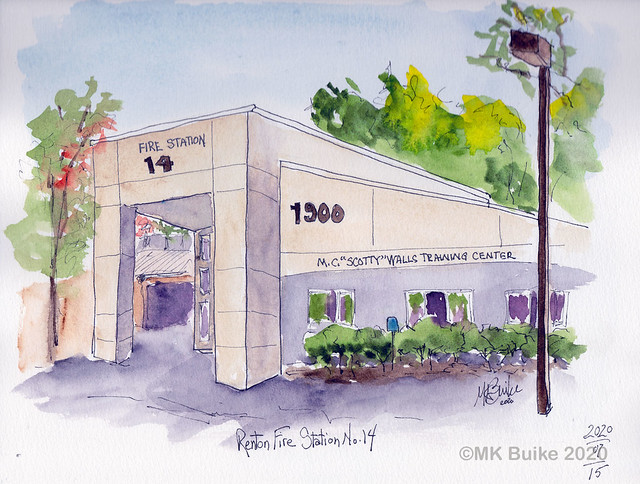 I'm on a roll. The next day, it was Station #16 with a more interesting design. There is the tall hose drying tower. A small shelter in front covers a memorial bench with the inscription, “In recognition of volunteer firefighters. King County Fire District 25. 1945-2003" 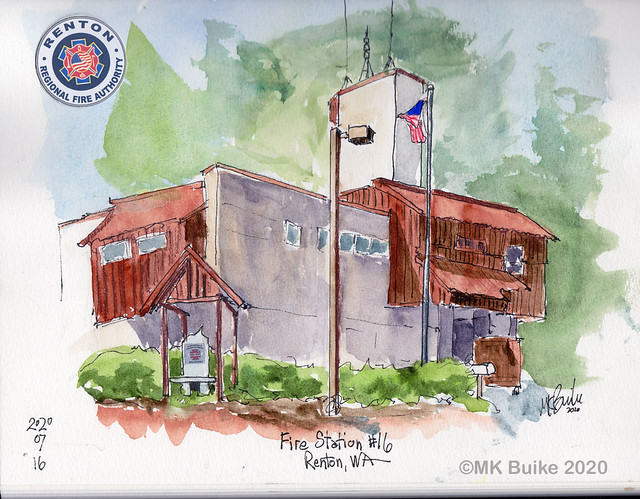 After this, it was a waiting game.  I sometimes see the fire engine parked in front of my closest station, #13.  Every time I was out over those weeks, I drove by the station to check whether the engine was out. And that morning of September 5th, it finally was!  Of course, it drove off very soon after I'd begun the sketch. But I followed my axiom, “draw first what’s most likely to move”.

The tall tower is for drying hoses. I’ve actually been inside this station when they had an open house just after construction finished a few years ago. I remember they told us the massive gas kitchen stove was made to automatically shut off when the fire alarm went off! No one wants the fire station to burn down because they left food cooking on the stove as they rushed off to fight a fire! 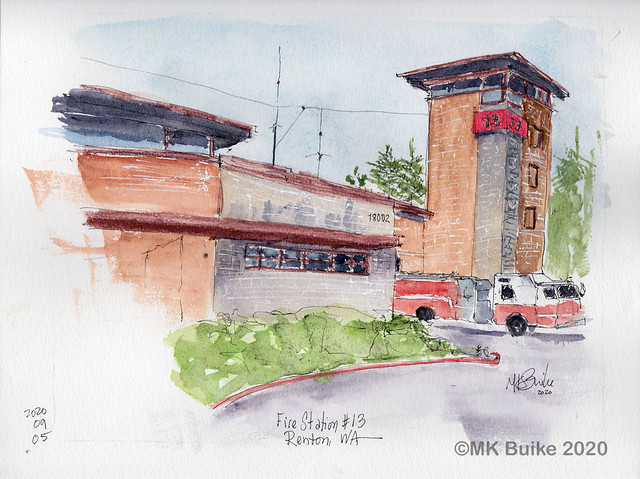 The fire truck drove back in just as I was finishing. The driver called out, “did you put me in it?”. When I mentioned that to Himself, he said, “you should have said: ‘No, you drove off!'” I never think of clever come backs.

I'm looking forward to when we can meet as a large group to sketch.  Until then, "stay safe and carry on sketching"!