The Seattle Art Museum’s resident Chinese camels, rams and human figure received plenty of sketcher attention this morning. I was one of many USk Seattle members who were attracted to the iconic marble sculptures. Since I sketched the back end of a camel the last time we met at the museum, this time I gave a ram a try, along with the Chinese figure behind it. Unlike some brave souls, I ignored most of the long lobby stairway and its imposing decorative ceiling.

After that time-consuming exercise in graphite and quite a bit of chatting, I hardly had time to catch a few gestures of sketchers (and a security guard) scattered around the lobby before it was time for the throwdown. We had an excellent turnout again with a few new faces, including a visitor from Austin. 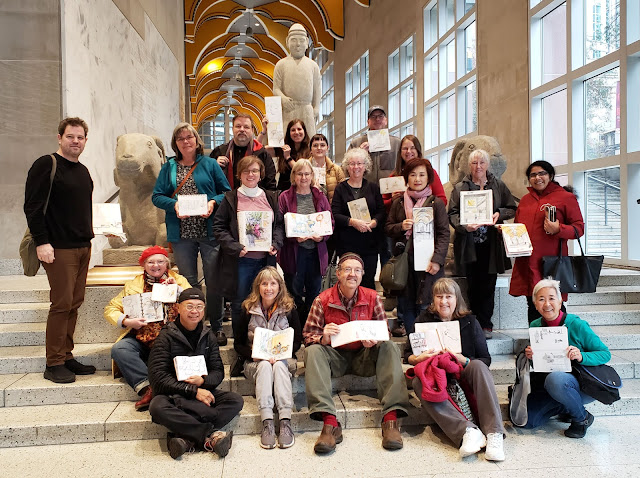 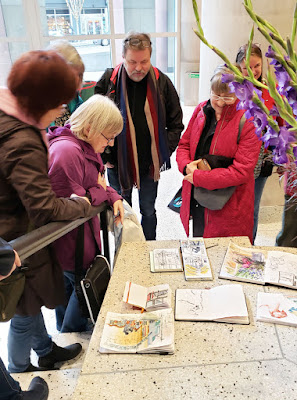 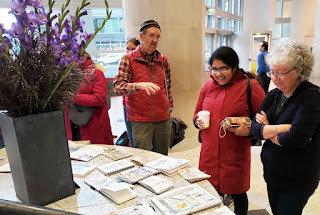