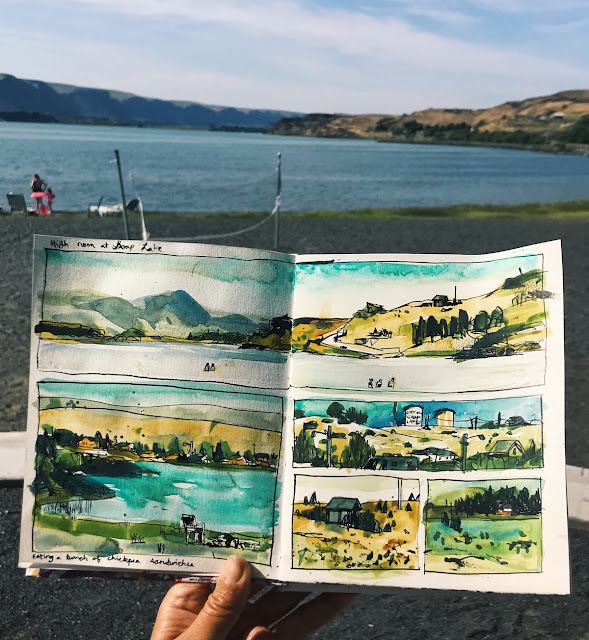 I was invited to an artist retreat in Soap Lake, Washington a few weeks ago. It was kind of a test run for some tourism initiatives happening in the area. It was a super interesting trip and I had the pleasure to meet a group of very creative and invigorating fellow artists! Very excited to share the video & photo documentation soon, which were expertly and artistically handled by Alex Tsway.

It was my first trip through the Cascades and out the other side. I knew it would be Different but it was still so jarring to be in such a hot, dry area compared to the lush areas in the Puget Sound. 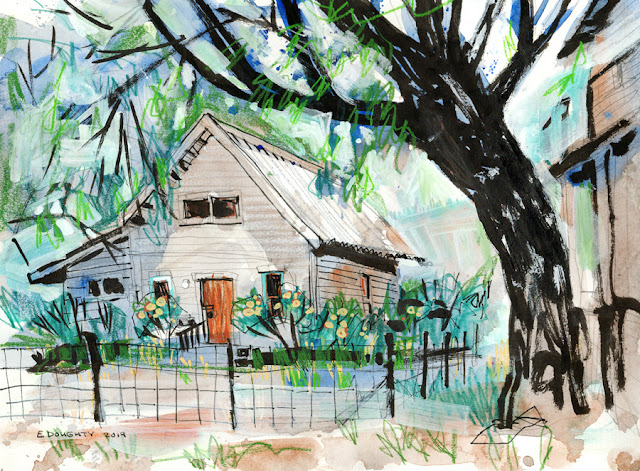 This old house caught my eye on a walk through the tiny center of town. A child (who rode up on their bike and was fascinated by what I was doing) told me that no one lives there anymore. My goal for myself that weekend was to use a lot of mixed media, and this painting was a truly disaster until I brought out my trusty fat white paint marker, then it kind of resolved itself in the muted areas.

We were so out & about all the time I didn't actually get to sketch that much! Exploring is great but every place I go just makes me feel like I've seen so little. I could spend a month exploring and sketching on, like, Vashon Island and not get tired of it, and that's just a little island. If we had just one mountain range, that would be more than enough for me, but instead we have TWO! Or if we had just one kind of climate and landscape, great. But there's such a big state out there. It's TOO MUCH.
Posted by Eleanor Doughty