Weekend in Vancouver 🇨🇦! I accompanied my partner Jonathan to VanCaf, the comics/illustration festival, where he was showing his comic. 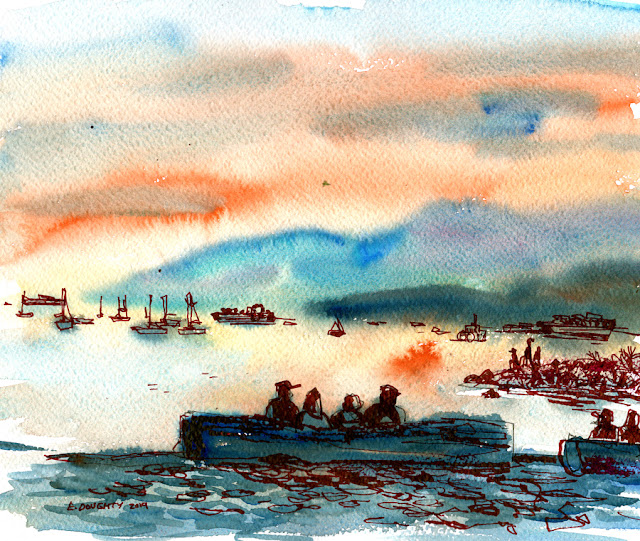 The first day we spent wandering from Kitsilano to Granville Island, onto a ferry which was too cute to not ride, and eventually found ourselves on aptly named Sunset Beach. The waterfront atmosphere was so nice I had to try and capture it in watercolor... and like I always do, I regretted trying to capture the scene as the light was changing so fast (you know how it is). Well I tried! It was not entirely regrettable. The scenery is similar yet more grand than Seattle's, in its own way.

On the first day of VanCaf, I was looking forward to attending an inking demo by an artist I follow. The location was in the Central Library, 10 blocks away from the main space so I booked it (lol) up there to the 9th floor, where I realized that the workshop happened the previous day. But if I didn't make that mistake, I never would have found out that the library has a sweet roof deck with some great views down into the city! 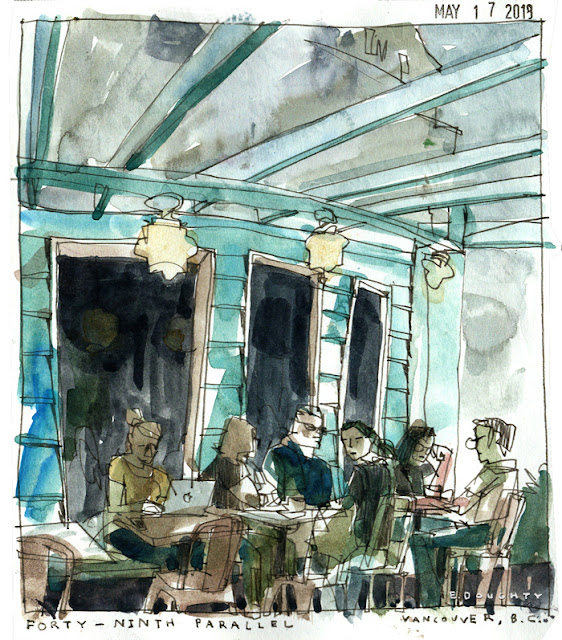 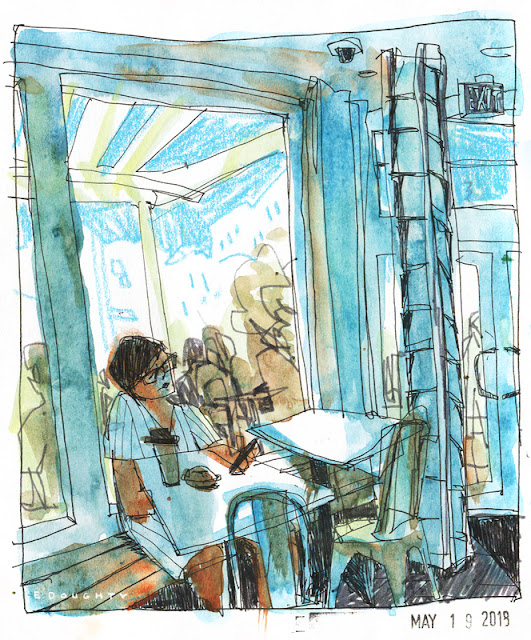 We were staying across the water in an airbnb in Kitsilano, where 49th Parallel Coffee/Lucky's Doughnuts was one of the nearest coffee shops. We came for the espresso and stayed (and came back) for the doughnuts. The atmosphere was very calming and well designed. Soothing cerulean blues everywhere, lots of light. 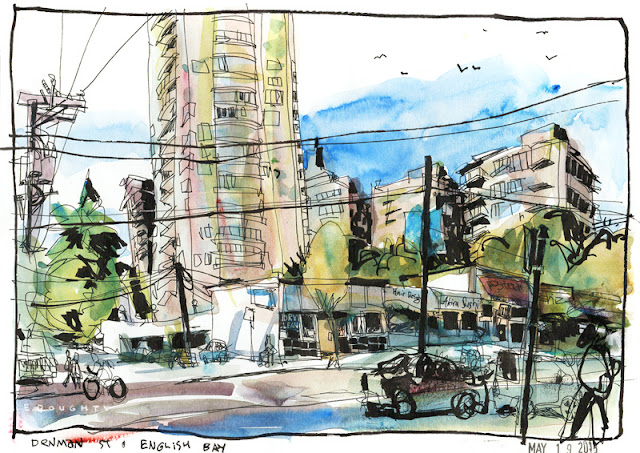 On Sunday I went to the USK Vancouver meetup in English Bay. sadly they weren't too social; I was about 5 minutes late to the meeting spot and nearly everyone had already dispersed. and the views from the coffee shop weren't too inspiring, so I wandered around the area by myself until this high/low building cluster caught my eye. I enjoy the lanes of Vancouver — theyre somewhere between alley & street and make the city feel much more pedestrian friendly. 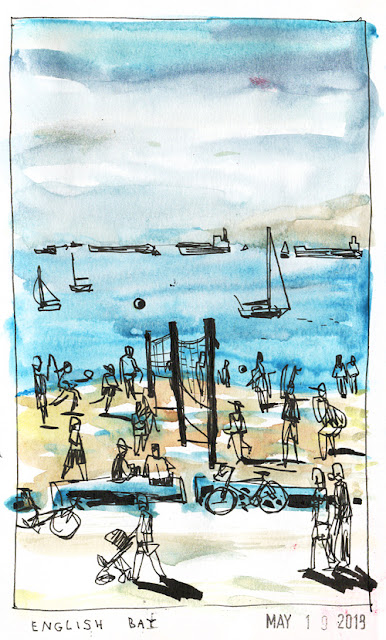 After the USK meeting I walked back to the beach recreation area to see the bay itself. It was a gorgeous Sunday before a national Canadian holiday so people were really out and about! I appreciated the sand beaches in Vancouver. The sand feels really out of place in the PNW but is definitely nicer than playing on stones, and there are the quintessential driftwood logs arranged as naturalistic seating. 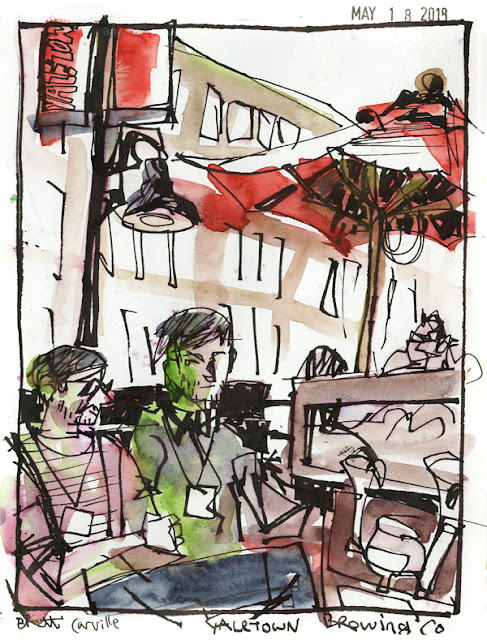 One evening we had a post-event beer with Jonathan's tablemate Brett Carville, a very skilled draftsperson and comics maker who was also very nice/chill to chat with. We stopped at one place on the big Yaletown row of breweries and restaurants with outside seating.

this isn't even all that I sketched on this trip! it was a prolific weekend of drawings.