There was music all over the host hotel hallways and lobbies! We gathered for the 6th year in a row to sketch Wintergrass, a bluegrass festival held in Bellevue, WA.  And we had a good turnout.  On the left is Marcia, visiting from Michigan! 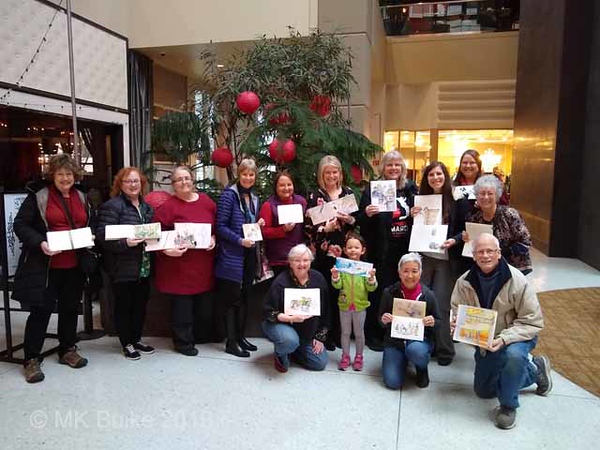 While sketching the truck, below, I heard a flute! Once done with the sketch, I went to investigate. I found "Hall Crystal Flutes". They're made by James Hall out of glass
I was enthralled. Have a listen. I was a serious flutist when I was young. I nearly bought one but decided it would be best if I was playing my modern flute more before I add another flute to my collection. Sigh.

Right after starting I went up to the second floor to one of my favorite spots. I found a seat next to a group of musicians and sketched a couple of them. 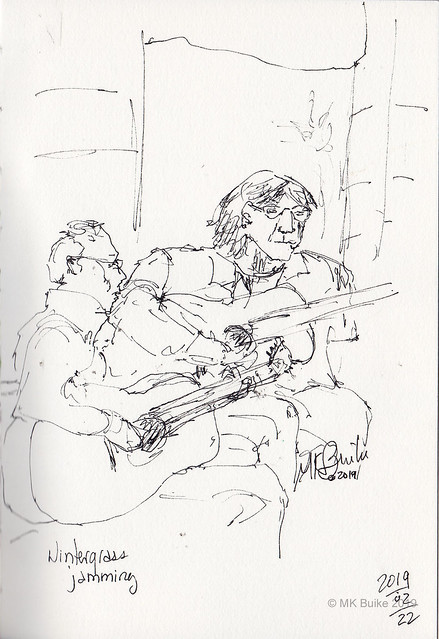 Next I went to the end of the first floor hall to find the old truck that Loretta mentioned. It is a 1941 Chevrolet 3/4 ton long bed named "Hank". Just as I finished, the two guitarists were packing up. Stuart, on the left, is also an artist so I gave him a USk card. 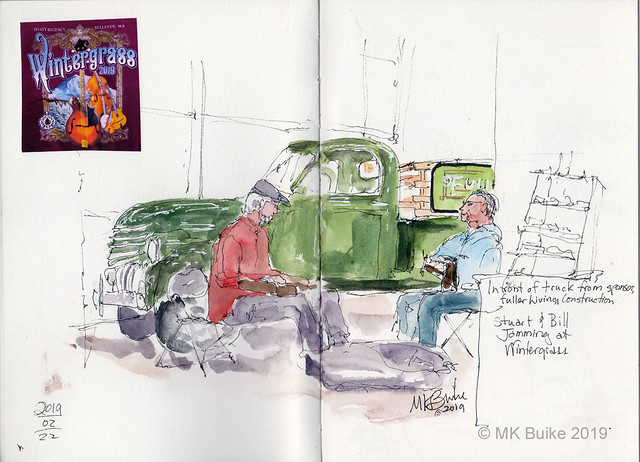 Lastly I stopped by a large group and sketched just a couple of the players. I noticed Steve's guitar only had 4 strings and he was playing the bass line. Normally, it would be a bass viol. I spoke with him briefly between sets and he said it was specially made for him by Taylor Guitars. 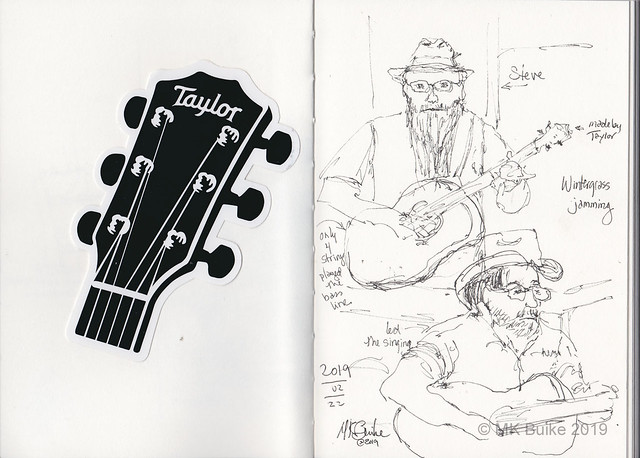 It was a good time. I'm going to think some more about that glass flute!
Posted by MK Buike