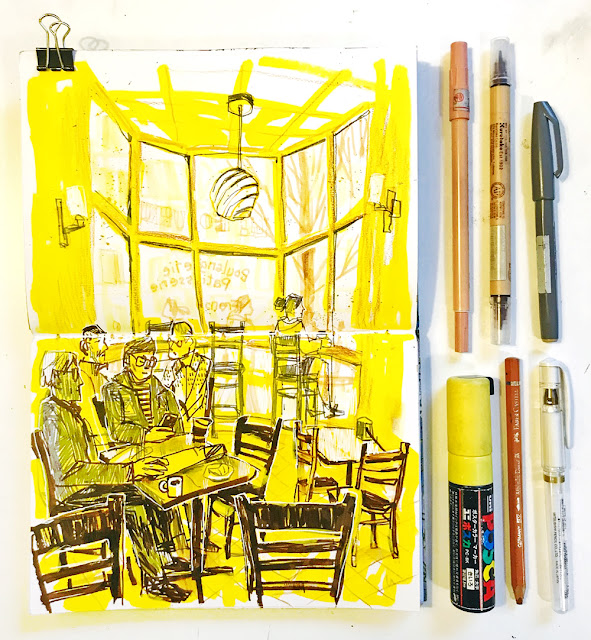 I had a morning meeting with a client at Le Fournil, a French boulangerie in Eastlake, and stayed after he left to finish my latte and croissant & do a sketch. It's not the most successful drawing I've ever done, but it was an enjoyable way to spend a rainy Friday! I think it's a good example for the ~atmospheric perspective in mixed media~ workshop I will be teaching in Seattle & Amsterdam this summer. I captured some of my process and I'll describe it below.

I didn't bring any watercolors or even a water brush, so it's all dry media for this one: I used a fat yellow Posca paint marker, chisel-tip markers in tan and dark brown, gray sign pen, a light brown colored pencil, and white gel pen. All these colors are basically in the same color range so the end result feels unified, even if the media are really different. 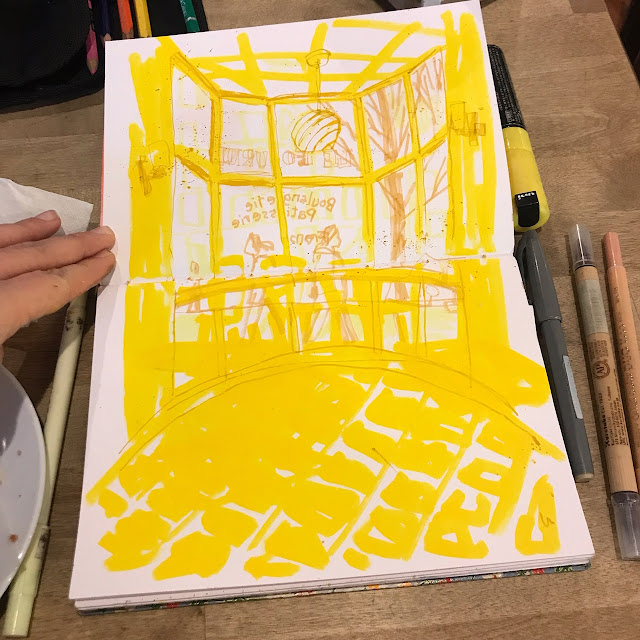 First I loosely blobbed in the indoor structures with the paint marker. Daytime windows are always more bright than interiors, even on gloomy days like today, so make sure to leave them white. The yellow shape-sketch unifies the interior, sets a color tone, and lets me establish the basic shapes quickly. I then added a few dimensional details to the windows and captured some sidewalk passerby with a tan marker. 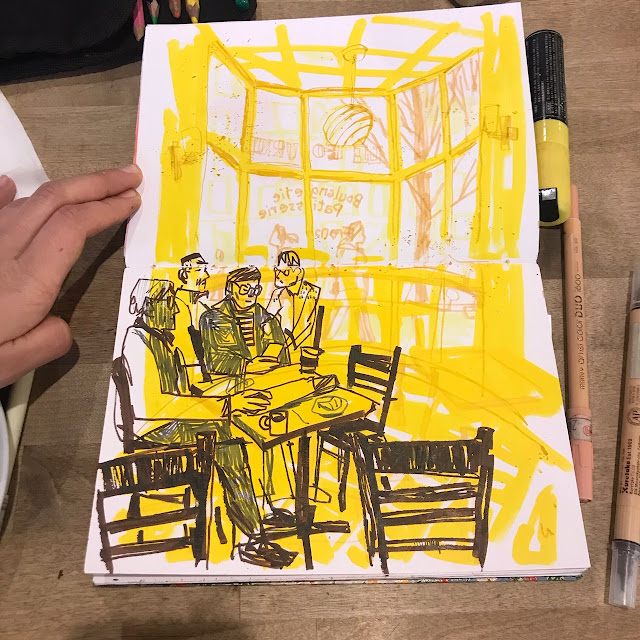 Not feeling like getting fussy with this, I go straight to drawing in the people and tables in a darker brown (Kuretake Zig calligraphy marker ) which sets them definitively apart from the background. I started with the guy looking at his phone since he was distracted at the moment. I (correctly) got the feeling they were about to leave since they had finished eating and the other man seemed bored, and ended up finishing him from a photo. Then everyone sitting in the window area left too!! ´• n •` 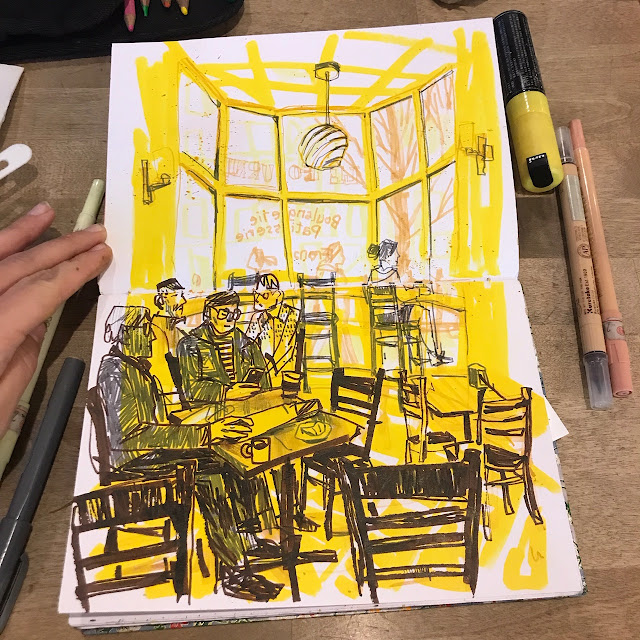 I liked the complex tangle of black chairs in the space, but I probably could have composed this better – e.g. it bothers me how the line of the floor in back is awkwardly obscured. Oh well!
I felt like it needed another figure on the right side, but no one came back to sit in the window...so I drew myself there, using a gray pentel sign pen (note: this self-addition is technically outside the bounds of urban sketching). This gray is close in value to the brown so it feels like part of the foreground, yet recedes slightly due to being lighter and less saturated. 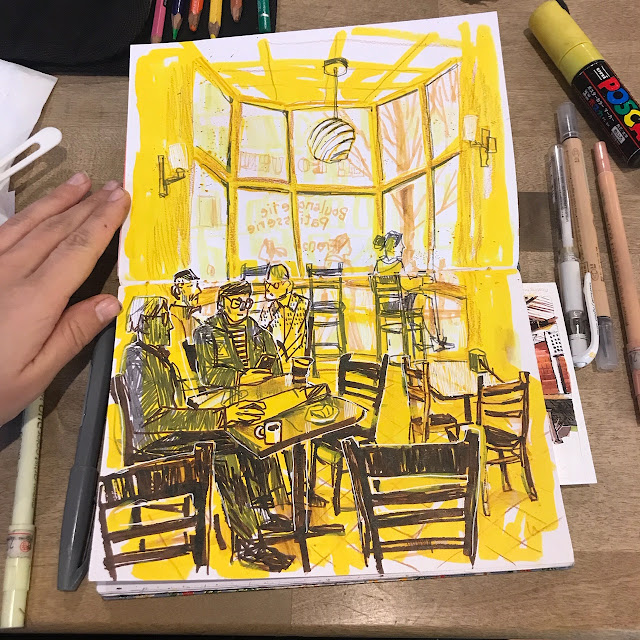 Final touch ups: I went back in with the white Signo gel pen to add definition to objects in the foreground, establishing what's in front of what by outlining their contours. Also filling in the bulbs in the cool wall sconces, and white-ing in the right hand table. Added some more yellow acrylic to the sides to fill out the space, and finally put a hint of the floor & ceiling tiles down with a brown colored pencil.

Hope this inspires you to do more mixed media experimenting in your sketchbooks this weekend!
Posted by Eleanor Doughty