We’ve all known for years that the viaduct would be demolished in early 2019. I could have chosen any warm fall day to do it, but instead, I waited until it was 39 degrees to make my farewell sketches.

We all have a love/hate relationship with the dark, formidable viaduct, but however we might feel about it, it’s coming down in February.

Walking under the viaduct toward the Pier 55 Starbucks where I was meeting Sue and Antonella on this chilly morning, I passed many people in small tents or nothing but sleeping bags; they use that viaduct as their rooftop each night. Feeling my fingertips go numb as I sketched, I wondered where they would go when their “home” disappears in a couple of months.

I think the only other sketch I have of the viaduct is one I made from the ferry terminal walkway three years ago.

By the way, the scope of the top sketch is very ambitious for me, and I was quietly freaking out as I blocked in the composition. But I remembered what I learned in Gabi Campanario’s “Pocket Urban Sketching” workshop a couple of years ago, which helped immensely. 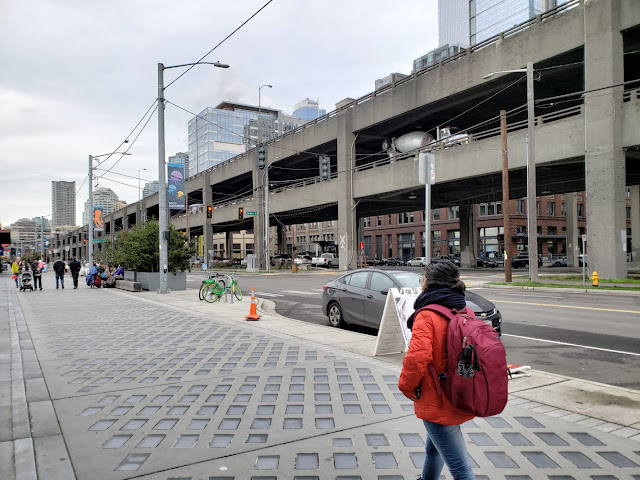 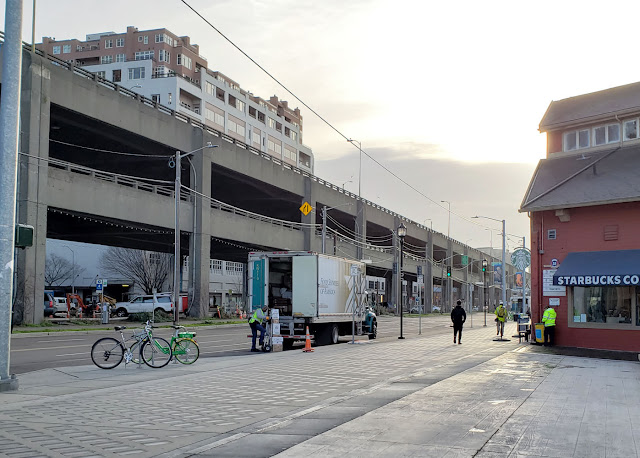