Unlike last week at the rainy Troll, the site of today’s 10x10 USk workshop was sunny and bright: Hing Hay Park in the International District. Gabi Campanario led his 12 students through a series of exercises that focused on “Pocket Urban Sketching”: keeping it simple with a small-format sketchbook and putting a large scene onto a small page.

With colorful subject matter like the geometric red gateway, Grand Pavilion and even small kiosks designed with a Chinese theme, Hing Hay Park gave everyone plenty to sketch. A community gathering place, Hing Hay was full of busy people all morning – a tai chi class, a group filming a performance, a lively ping pong game – so Gabi’s students fit right in. Lots of curious passers-by stopped to peek over shoulders and comment on the work in multiple languages.

In addition to documenting the workshop’s activities with photos and sketches, I was also Gabi’s teaching assistant. During one of his demos, though, I managed to sneak away to sketch the spectacular new gateway at the park’s entrance. Installed in February in time for Lunar New Year, the gateway marked the completion of the park’s expansion project. I’d walked past the park several times since its installation but hadn’t had the chance to sketch it until now. The striking, modern sculpture is in sharp contrast to the traditional Asian motifs and organic trees. 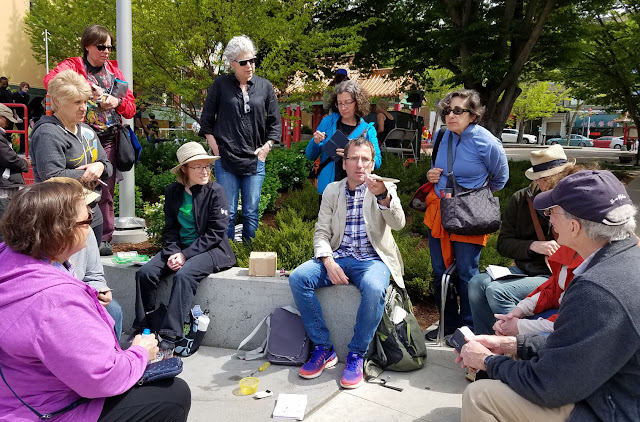 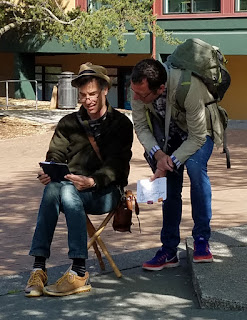 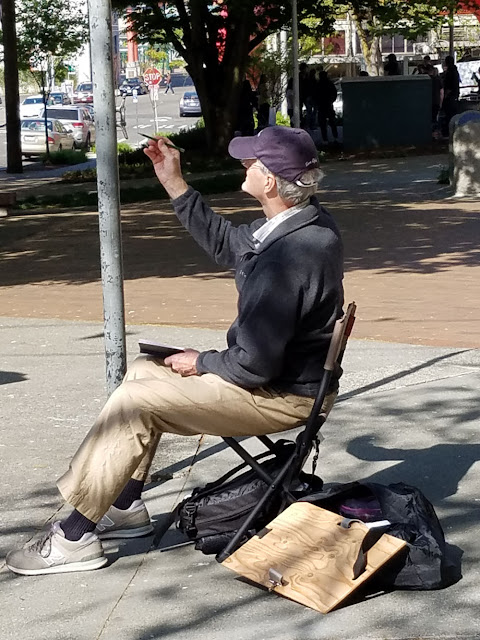 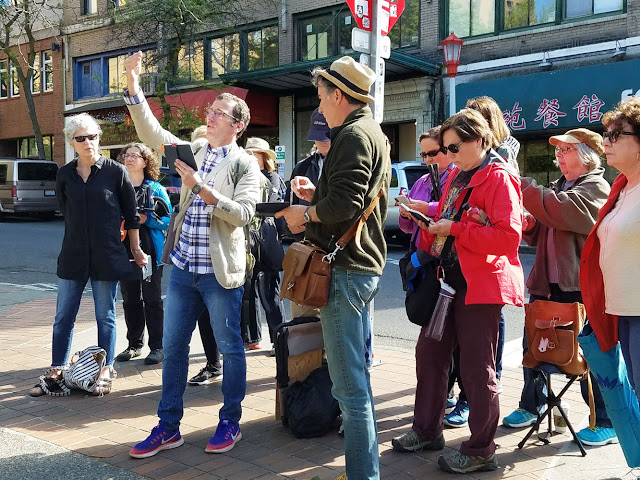 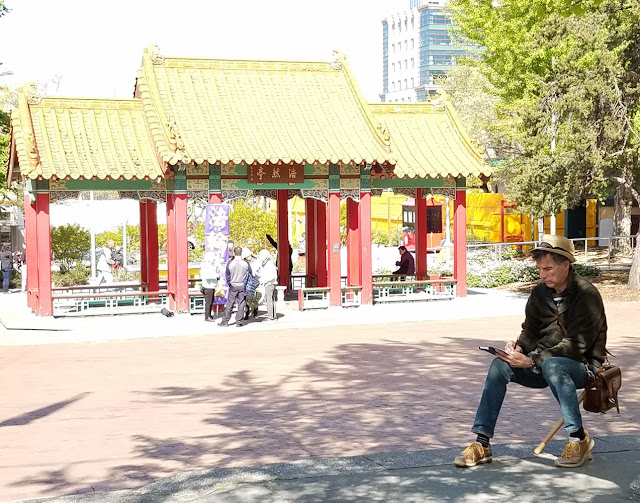 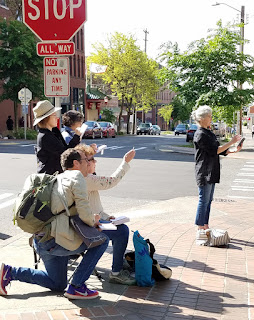 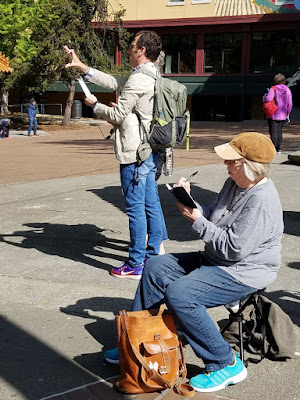 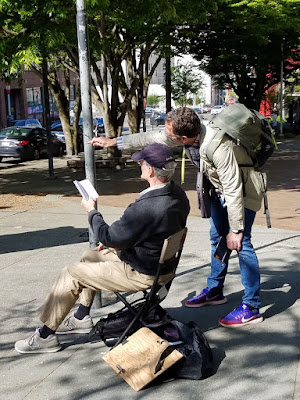