Urban Sketches Seattle met at Westlake Station. It's in what's known as the "bus tunnel" under downtown Seattle. I think it's the largest of the tunnel stations and is under a major shopping area.

It sheltered us from a day of frequent drizzle. At least 3 sketchers left early and aren't in the final group photo:

I struggled with my sketches today. I tried a larger format on a hot press 8x10 Fluid 100 paper. Hated it and thus unhappy with the sketch, too.

I did one sketch I liked on the good ole' Legion Stonehenge Aqua. It's a sculptural light fixture that's all along the station. 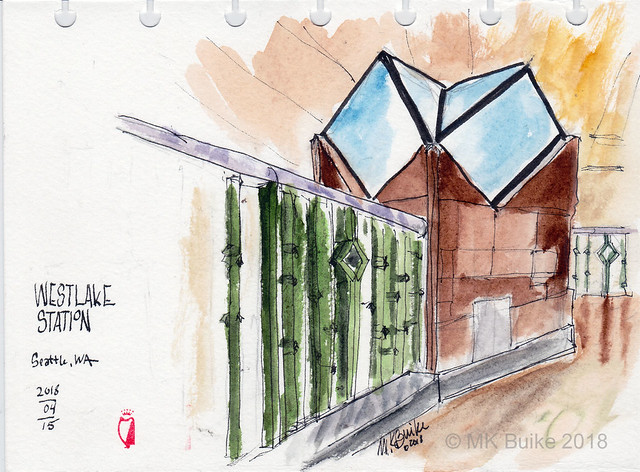