We met at Third Place Commons.  It was a warm and welcoming place on a chilly, rainy day.  So many sketchers came that it seemed every table in the commons area had at least one or two. There were so many new people I ran out of handouts!

I've sketched there before so I looked for something I hadn't done before.  I decided on a montage. Henry took in box after box of books while I sketched him at the back of Third Place Books.  Then I moved to the children's area and found this soft frog on a bright orange chair.  I still had about a half hour so I planted myself at a table in the Commons and sketched a few people. 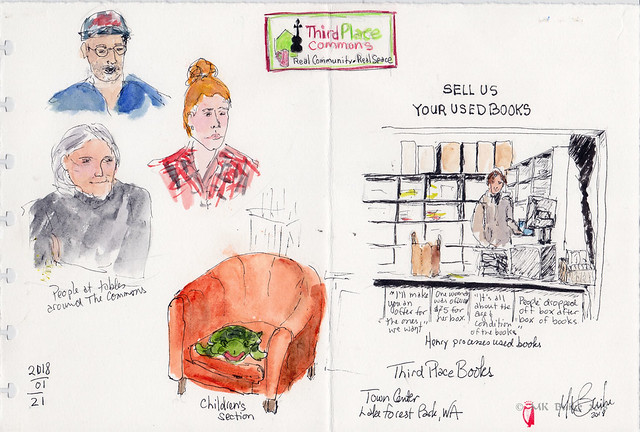 The group photo has 36 people but I think there might have been some who left early.