Reindeer, Santa and Mobs at Swansons

A Friday USk tradition since 2012, Swansons Nursery during the holidays is one of our favorite outings. We usually don’t schedule it this late in the season, however, and it was significantly more crowded than usual.

First, I had to fight my way through swarms of kids to get to Blitzen and Dasher, the reindeer who visit the store annually.

Then I had to fight my way through swarms of parents to get to Santa, with lots of Santa’s helpers blocking my view. (Even with my limited view of him, Santa remembered me from the time I sketched him a couple of years ago.) At least I didn’t have to fight to get to Pippin, Alex’s new puppy, who stayed relatively still chewing his leash.

After all that, I had to break for lunch, and then I had my usual 15 minutes left before the throwdown. In Swansons’ crowded café, I had a mostly unobstructed view of the enormous banana tree growing by the koi pond.


Despite the mobs, Swansons was still a fun way to end the year with Urban Sketchers Seattle! 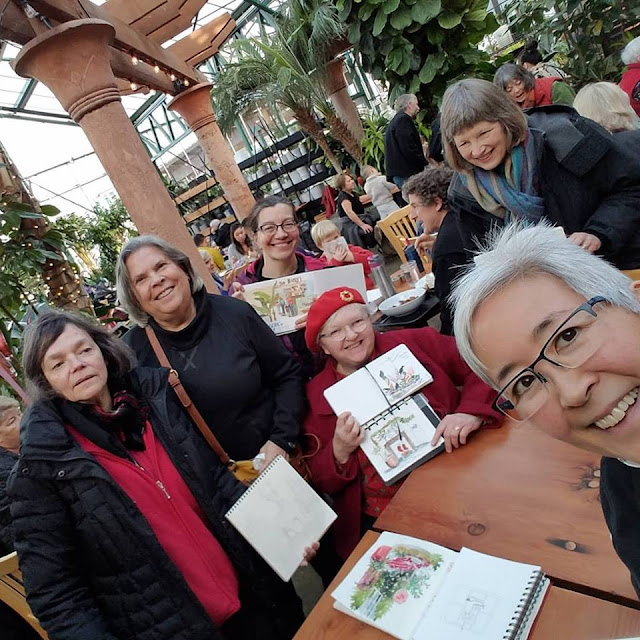