Since I hadn't seen it yet, my first stop was the Jim Henson exhibit. I looked forward to sketching muppets and I wasn't disappointed. There was an interactive Muppet design station for kids. It demonstrated how Sesame Street would make a new puppet for a background character, or "extra". A variety of features could be stuck on in many different ways to create a new character. These were called "Anything Muppets".

The sign for the exhibit is a bit of photo collage. 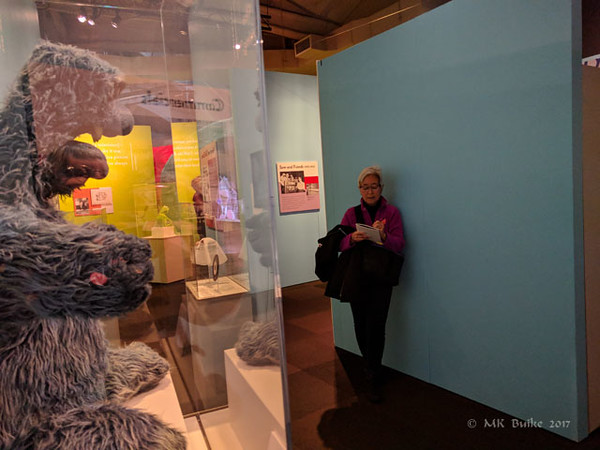 I'd already viewed, and sketched, the Star Trek exhibit. I went again and this time sketched costumes from my favorite Star Trek: TNG ("The Next Generation"). The signs are all  photo collage. 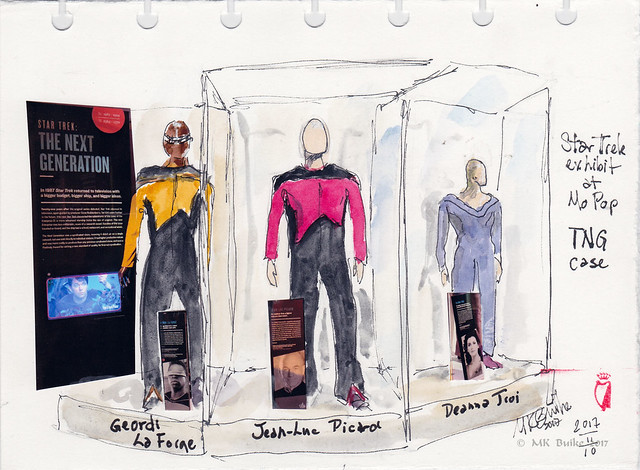 We were few in number today. Perhaps that's due to an important sketch outing tomorrow for the 10th Anniversary of Urban Sketchers. (Natalie is missing)