Color in the Japanese Garden

We planned a short notice sketch outing when the weather seemed good and the maples would be in their autumn colors at the Japanese Garden. We might have been a bit too early but we didn't want to wait until out next window of time as it could be raining then!

Today had a bit of fall crispness in the air but was otherwise perfect. I found a tree with some color and decided to try my new square Pentalic Aqua sketch book by doing a two page spread of the wide scene. 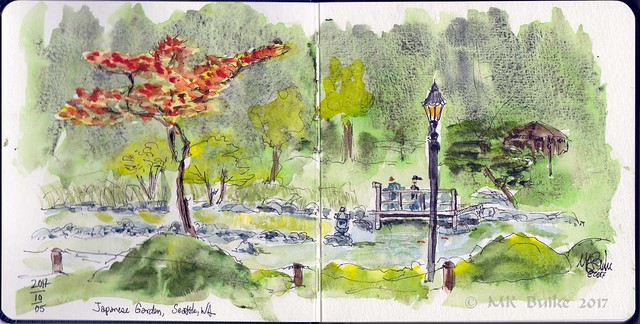 Since I was the first sketcher along the path, several people stopped to chat. A couple had used watercolors. One young woman asked how I got the effect seen most in the upper right corner. I explained it's granulation and is shown to good effect on this paper but happens because of the characteristics in the paint. It is Daniel Smith primatec, made from the actual stones or minerals.
The koi were jockeying for position to get as much of the food as possible.  The kiosk sells packets  so visitors give them what's good for them.  They appear as two small, orange flecks in the sketch. 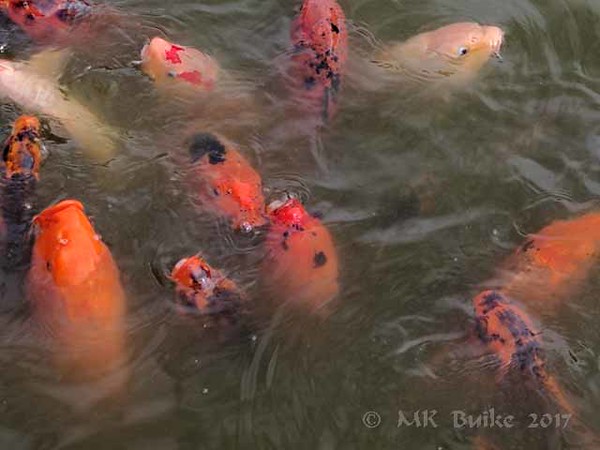 I'd spent a lot of time on this sketch, letting layers dry (and talking to people). So I only had a few minutes. I've sketched this lantern and bridge before but decided this would be a good choice for a minimalist ink sketch and would also fulfill my Inktober drawing for the day. 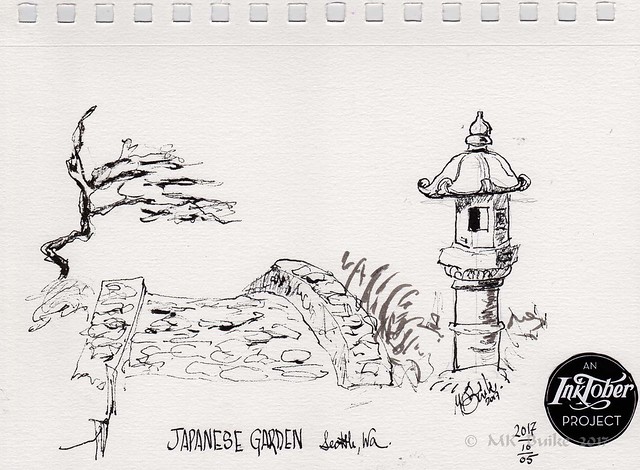 We were delighted to have Jane Blundell from Australia join us today. She's in the USA teaching a number of workshops. All the ones this next week at Daniel Smith are full but there is a demo tomorrow afternoon. Along with her is Jonathan Livesey. USk Tacoma sketched with him on Wednesday so I met him again today. 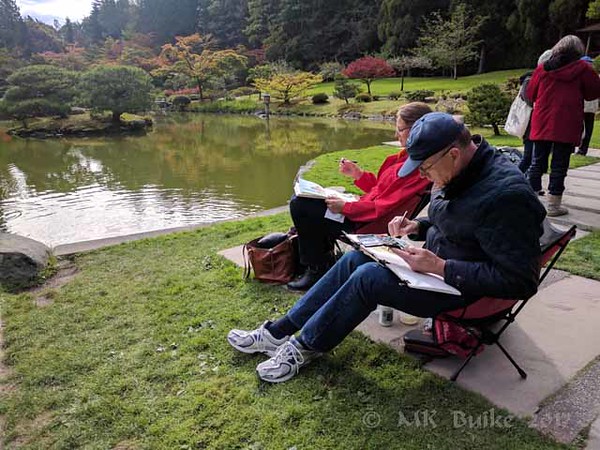 group photo done by a passerby who composed well, showing the garden and some of the dramatic sky.
Posted by MK Buike