I wanted to get an over view of the Ballard Locks yesterday, so I started at the south side of the property.  It allowed me to sketch the spill way, both the large and small locks, the control tower and the US Army Corps of Engineers office building. 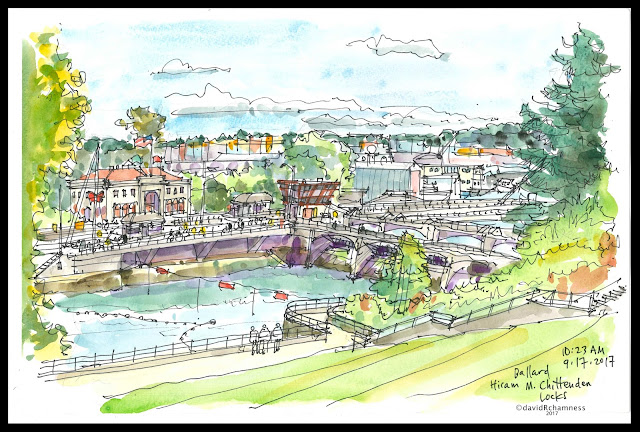 Later I captured some boats in the large lock and the office building.  It was a good perspective to get the energy of people gathering and then watching the lowering of boats. 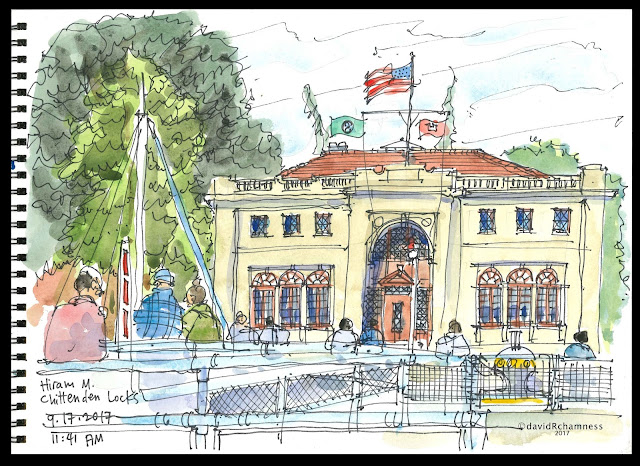 After the meet up time I did a quick sketch of the wave sculpture over by the fish ladder before heading to get some halibut fish and chips at Totem House by the north entry to the property.  We just beat the rain as it started to fall as soon I headed to my car after getting my fish and chips! 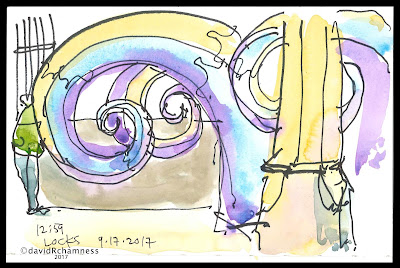