I've been in Santa Monica since mid-June getting acquainted with my second grandchild, I've had a couple opportunities to emerge from Babyland into LaLaLand. Today I met up with a few of the Los Angeles Urban Sketchers at the Los Angeles Natural History Museum. It's an old building that has been expanded; the contrast between old and new is striking.

Virginia Hein and Heather Evans Davis and I headed across the street to the lovely rose garden where we could have a bit more distant view of the original building. Check out their sketches here. 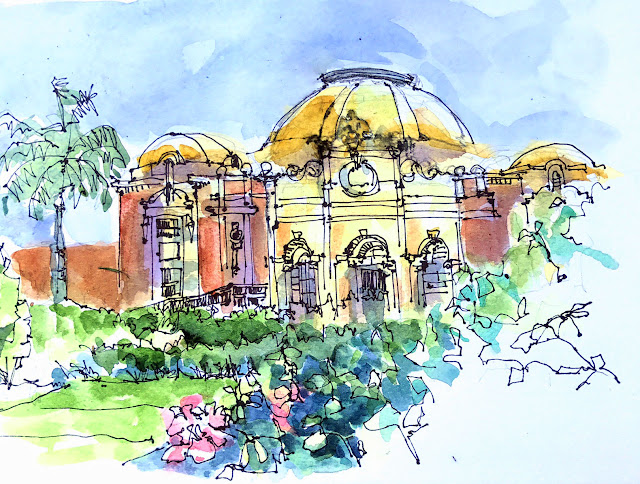 As I was waiting for the group I started a quick sketch of one of the old guys - triceritops maybe? And on the way in to the museum, I quickly sketched some fellow "subway" riders. This may be the only "subway" in the world that has to stop for street traffic. 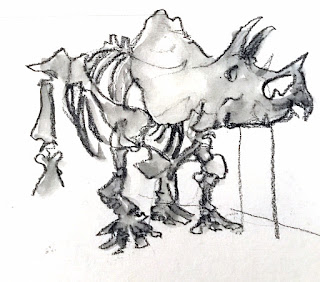 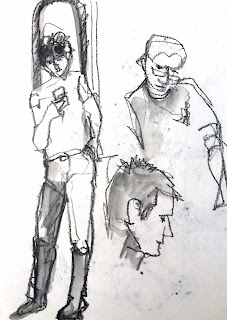