A Visual Timeline at 4th and Madison 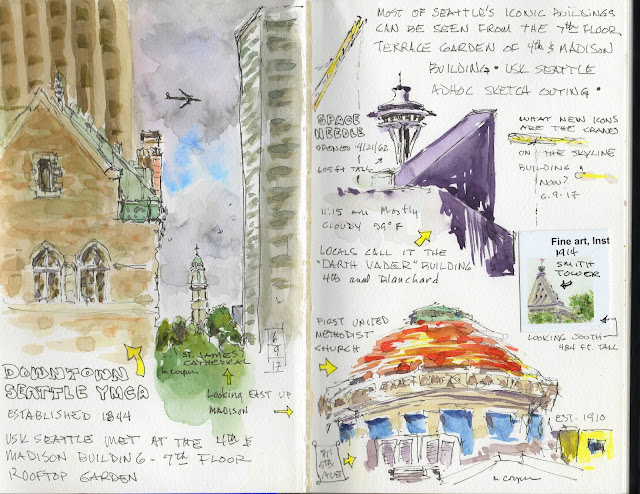 It wasn't raining (!) and there were actual patches of blue sky among the clouds on Friday morning when the USk Seattle Ad hoc outing took place. It was a bit chilly (59/60°F) out on the 7th floor terrace of the 4th and Madison building. We had a fantastic panoramic view in any direction which included most of the iconic landmarks one associates with the city of Seattle. 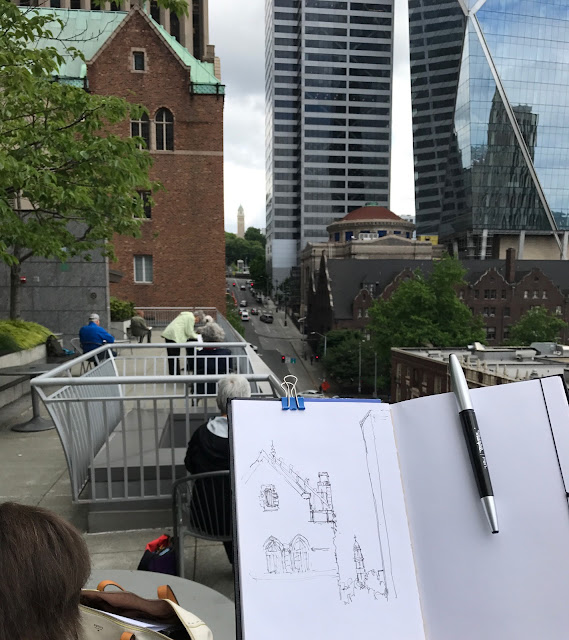 Almost everyone succumbed to the easterly view of St. James Cathedral, so tiny compared to the monolithic skyscrapers framing it on either side. As I sketched, a Boeing jet briefly appeared through the gap on its way to SeaTac airport.

I love the way we have buildings from so many eras standing side by side in the downtown core. I sketched the Seattle YMCA (1930), the cathedral (1907) and the Former First United Methodist Church Dome (1910) as well as the Space Needle (1961) and the Darth Vader building (1979). The original 120 ft. dome of St. James Cathedral collapsed in 1916 and was never rebuilt. The present dome of the First Methodist Church is destined to become part of the new SLS Luxury Hotel, slated to open in 2017. Oh, and I snipped the Smith Tower sketch off my business card and added that previously sketched bit since it's my favorite building anyway. It's the oldest skyscraper in the city. You could see it easily by looking past the south side of the terrace. 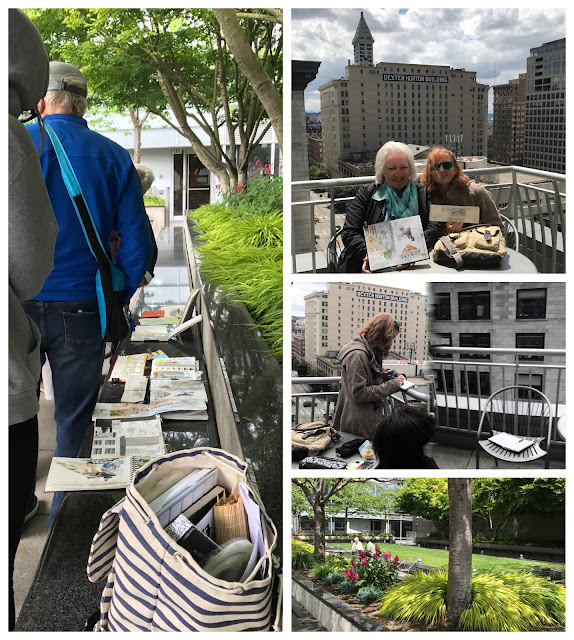 We had a great turnout for a Friday. I am always impressed by the hidden gems that urban sketchers find to explore in the city. This lovely public garden is certainly one of them. A personal touchstone for me was the joy of sketching in the terrace garden with my granddaughter who is graduating high school this month. It was her first time with USk Seattle but I trust not the last.
Posted by Michele Cooper