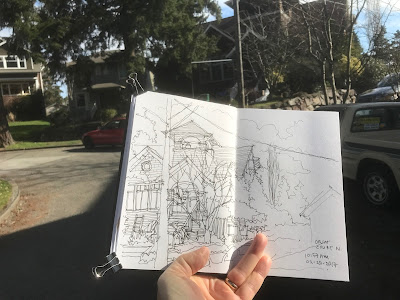 Did a walk around Green Lake today and then decided that it was warm enough to do some sketching outside.  I remembered that there was an old school house on the north-east side of Green Lake that I had once seen in a Green Lake Neighborhood Inventory and so decided if I could find it.  It took me driving up a few side streets until I found it at the round-a-bout on Orin Court.  It was built in 1916 and has a bell tower with a bell still up in it.  I don't know what it is used for now, but it seems to be well care for. 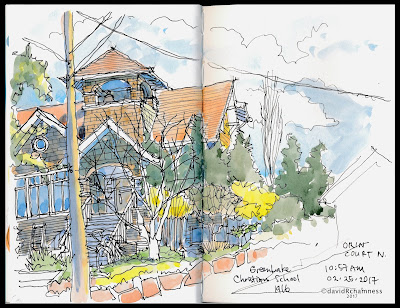 After finishing, I decided to head up to Eastlake to sketch a coop apartment building that was built in 1909.  L'Amourita (French-Spanish for "lover") is a mission revival building built by developer Adolph J. Jarmouth.