A Celebration of Seattle's Asian Community 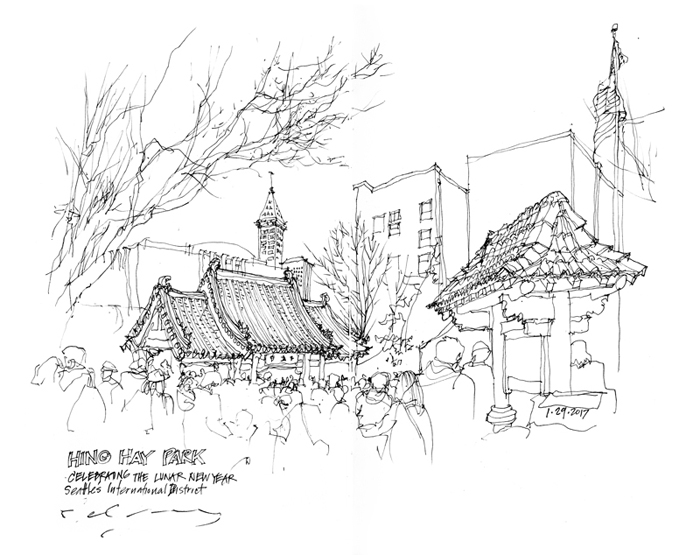 As I was drawing this view of the people gathered in Hing Hay Park this past Sunday for the Lunar New Year celebration, Mayor Ed Murray reminded us of how a mob rounded up the Chinese in this neighborhood and tried to force them out of Seattle in 1886, and how the Japanese were forced to "relocate" in 1942 (after President Roosevelt had signed Executive Order 9066). I was glad to hear Mayor Murray assert that Seattle would remain committed to welcoming refugees and immigrants in need, a view reaffirmed by the Seattle City Council last night.
Posted by Frank Ching