Urban Sketchers met at the Top Pot Doughnuts on Alki Beach.  The morning was rather chilly so I stayed inside.  I already knew I wanted to sketch the large fabric doughnut hanging over the counter.

Hanging over the counter is the Seattle Seahawks 12 flag.  They're headed for the playoffs on Sunday.  There were send off rallies around the city.  As I drove home at the end of the day I saw them in their 4 buses with police escort moving from one to another on the freeway!

I had no idea.... it is Elvis Presley's birthday today.  He would have been 81.  So in The King's honor, Top Pot made "King's Rings", Maple Bacon doughnuts!  I did not dare.  But I did dare to add them to my sketch. 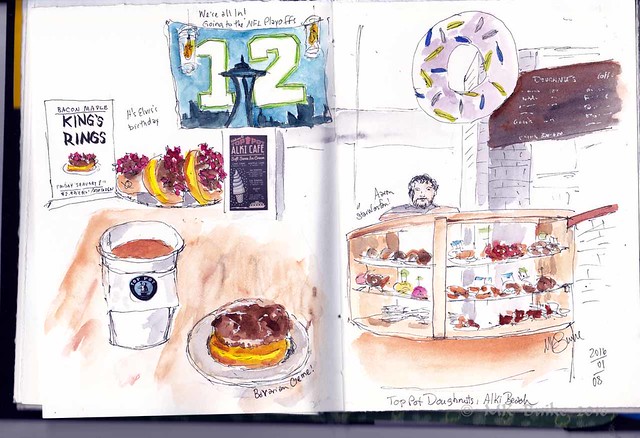 I was amused by the paints and doughnuts all together on the table.  We joked about having a contest for "best doughnut sketch".

A few of us had lunch together. So as I left about 1400, the day had cleared and there was a beautiful view of a ferry and the Olympic mountains.  We live in such a beautiful place! 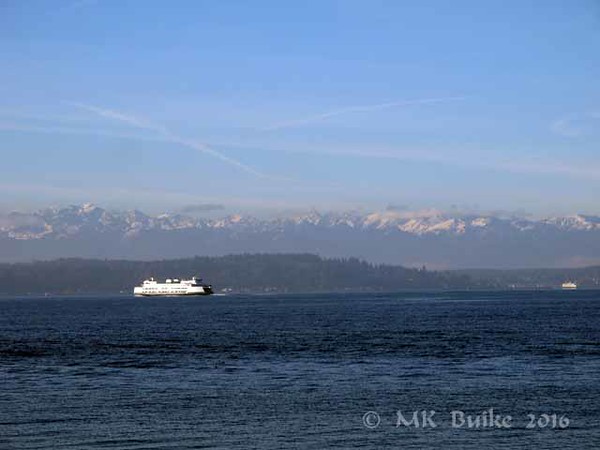