Once more at Swanson's

Many people sketched the reindeer and the camel.

Our two visiting sketchers, sketching the reindeer:  Gretchen (from WI) and Allie (from Portland).  Gretchen had sketched with us here at Swanson's last year, too.

I did not sketch the live animals this year.  My first sketch was the topiary moss reindeer and the decorated entrance.  It was chilly but I was under cover, at least.  I had also come prepared with three layers plus my light raincoat! 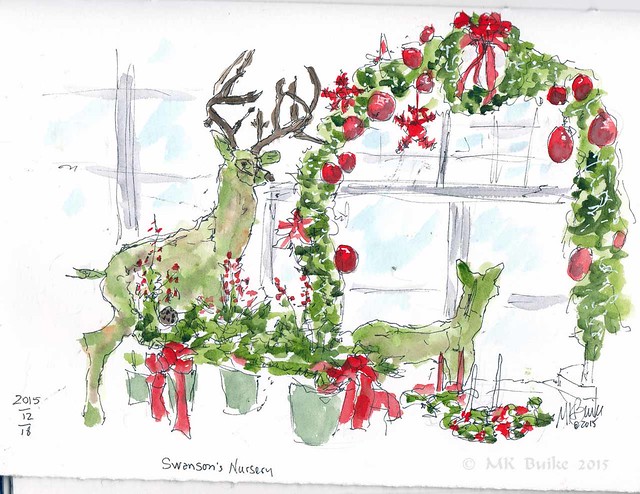 I was happy to move indoors to the relative warmth of the display green house.  I sketched a display there. 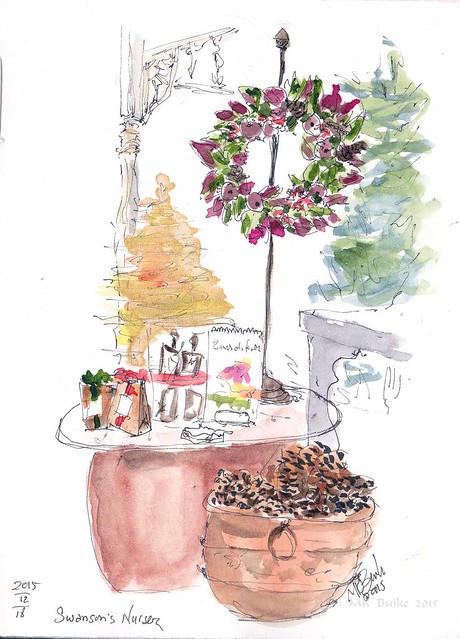 We shared sketches in the cafe....

During lunch, we learned that Peggy (second from right, in back, in purple) had been the subject of one of Gabi's Seattle Times columns, back in May 2012!  She is the woman who walked all the streets in Seattle.  And now she's joining us as a sketcher!
Posted by MK Buike