Sculpture Park in the rain

Despite the threat of rain, we had a good turn out for our Friday sketch outing at the Olympic Sculpture park.  We also had a chance to see the Sketchbook Project tour.  A couple of our sketchers had books in the library.

We sketched around the park.  I started a sketch of the Sketchbook Project trailer when I arrived early.  I left the front of the trailer in pencil.  I finished it near the end of the outing once the library had opened so I could add people. 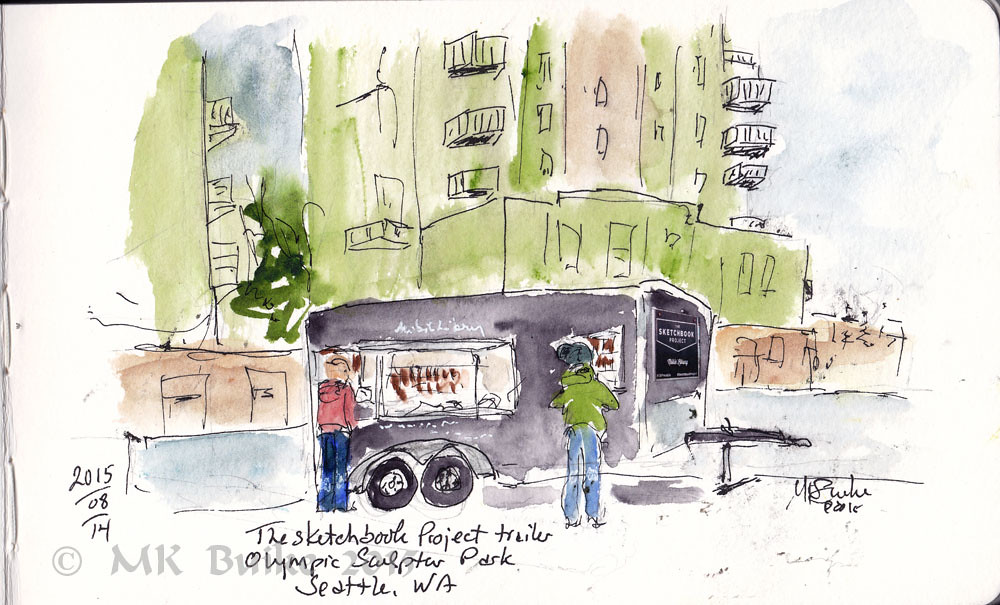 The person on the right, checking out sketchbooks, is Maddy Grubb.  I met her and her mother later in the day when I encountered them again and told Maddy she was in my sketch.  She and her mother came up on the Bolt Bus from Portland just to see the Sketchbook Project!  And Maddy is a sketcher.  She showed us her book and it was absolutely amazing, especially for such a young person!  I hope she gets involved with the USk Portland.

I intended to sketch the newer sculpture, Echo, by Jaume Plensa.   She wasn't yet installed the last time we were there.  I had the drawing mostly done when it started to rain.  My ink splattered a little even though I tried to sketch from under an umbrella. 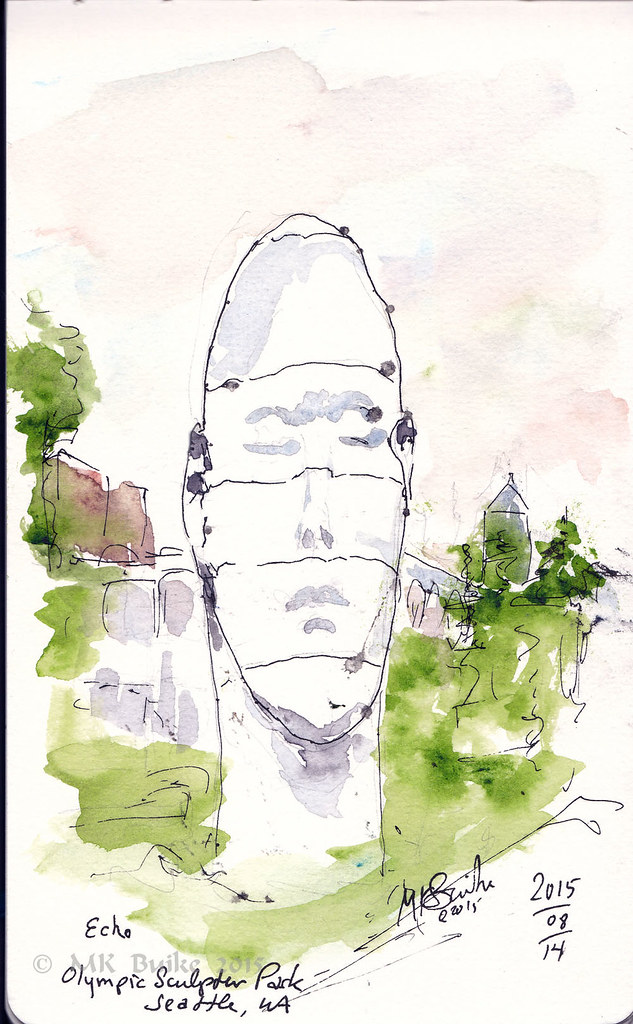 At about 11am, the weather progressed to thunder, lightening and heavy rain.  Except for the lightening, it was a great relief to finally have some rain!  It rained all day until about 7pm for a total of a little over an inch.  So sketchers were forced under the patio of the pavilion at the sculpture park.