Before, During and After

The Friday sketching ad hoc group met at Westlake Center today.  It seemed like it would be hot again, so we planned to start at 9am. Turned out to be overcast and very pleasantly cool.

I'm working on a summer long project to sketch, in their locations, each of the 25 "Astronauts on the Town" which were commissioned to celebrate the 50th Anniversary of the Museum of Flight.   I used this sketch outing to see three more of them.  If you're interested, there is a contest for which the top prize is tickets on Alaska Airlines. Go to the website for details  (I can't enter because I'm a volunteer).

I left very early and arrived by light rail at about 8am.  I used the extra time to go to the Four Seasons hotel to get my first astronaut before the outing started.   This is "I Declare this Day" by Barry Johnson.   In the background is the Great Wheel on Seattle's waterfront.  This is a 2 for 1:  an astronaut for the collection and a new sketch for the Urban Sketcher's flickr group's weekly theme, which is "wheels" 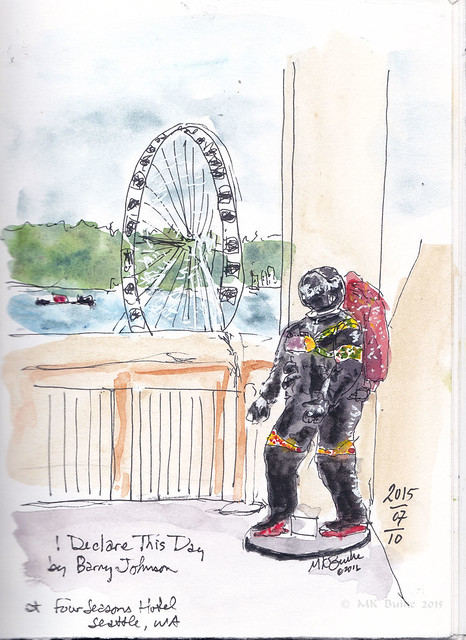 After meeting up with the sketchers, I took the trolly down to Portage Bay Cafe to see Plantstranaut by Nicole Do & Emily Simmons 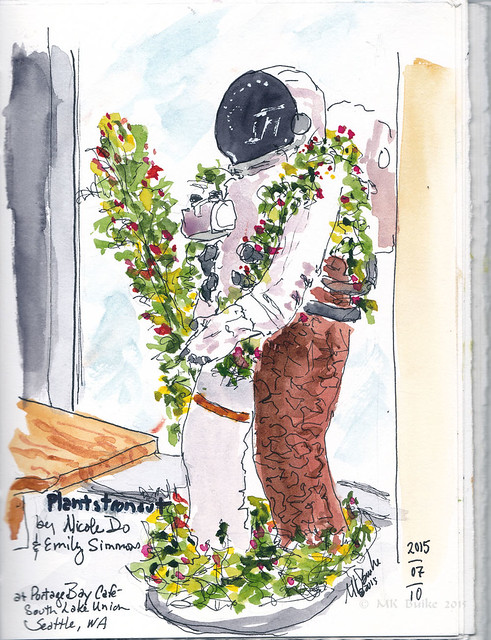 On my way back, I had time for a more traditional Urban Sketch.  This is a statue of John McGraw in the McGraw Square Plaza near Westlake Center.  It was dedicated in February 2011.  He was the state's second governor in the 1890's.    “.... of all his accomplishments in life, he was most proud of standing firm against those who tried to extract Seattle’s Chinese American community — which he viewed as against the Constitution and their right to liberty.” 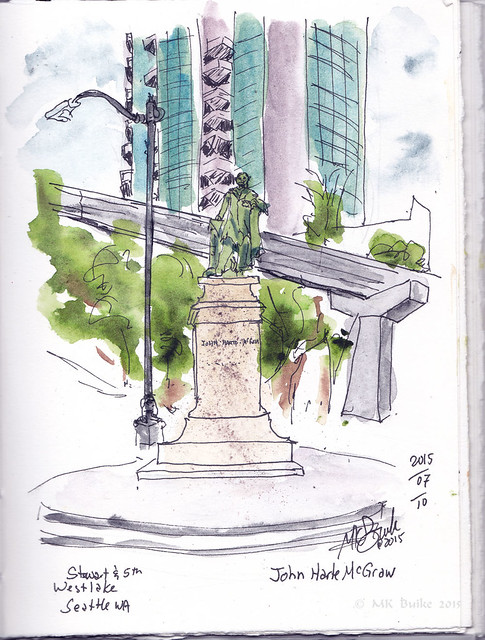 We met back at Westlake Center to share sketches and have our group
photo.  Several sketchers stayed to have lunch and see the free concert at noon. I walked down to Hard Rock Cafe to get one last astronaut.  This is Kit the Caboodlenaut by Janet Pheifer. 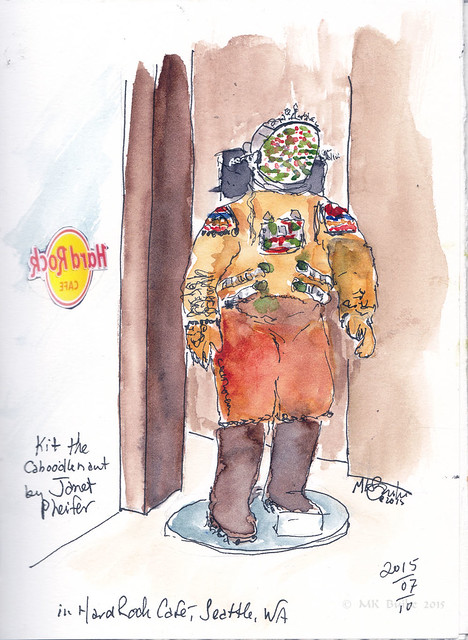