Sketching at the Burke

Thanks to Tina for organizing and coordinating with the Museum for our monthly outing at the Burke Natural History Museum on the campus of the University of Washington.

My initial destination was a mask carved in the late 19th century that is on loan to the museum from the Hudson Museum in Maine.  It was carved by the Kwakwaka'wakw of Vancouver Island.  I'd read about this loan a few months ago. 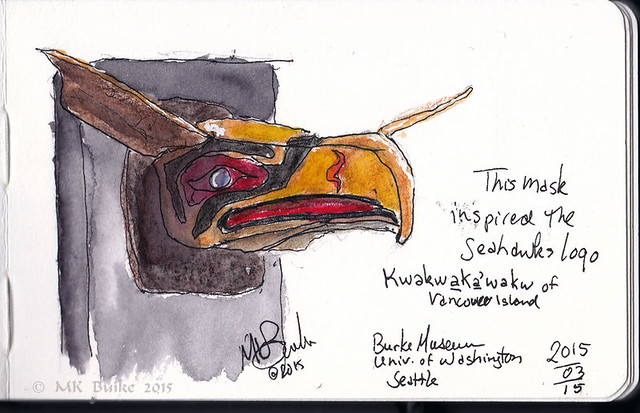 It is likely the inspiration for the first Seattle Seahawks (football) team logo.  The designers were inspired by this mask when they found an image of it in a book.

I stayed in the exhibit room for "Here & Now".  This is a modern piece by Tlingit Tommy Joseph.  It is inspired by museum pieces he saw.   Several pieces make up this "Rainforest Warrior", made between 2004 and 2014. 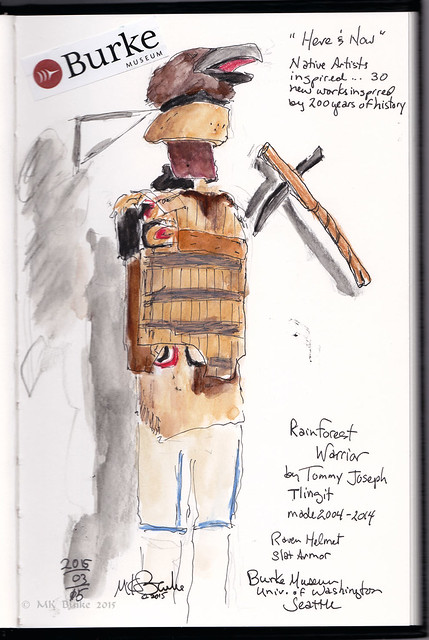 We shared sketches and had our group photo.  We were about 30 people today