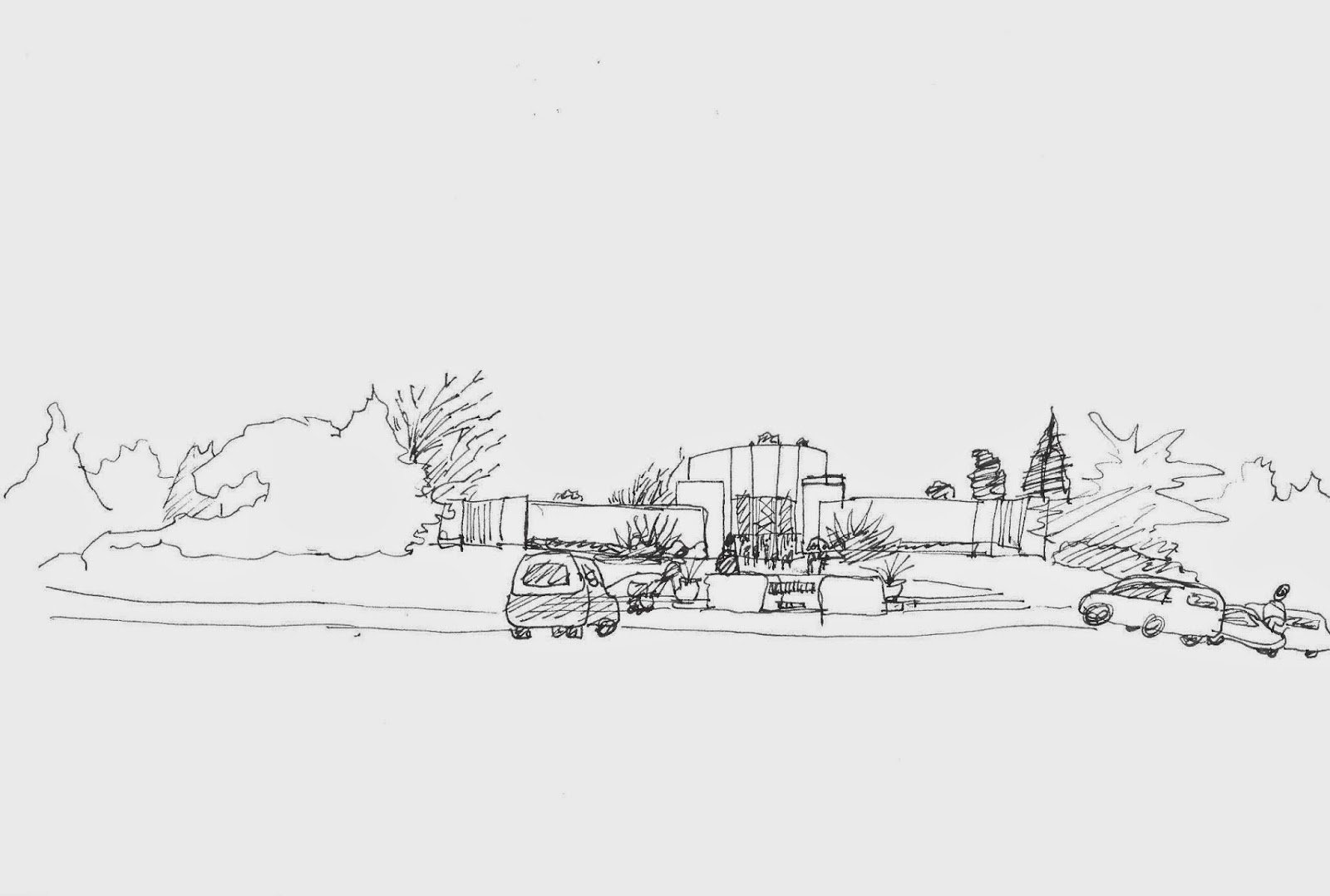 I was unable to attend this month's sketch outing because of a sudden change in another event I had scheduled. The event took place on 10th Avenue right beneath Volunteer Park. I took the chance to walk the beautiful park in the sunshine and sketch the Seattle Asian Art Museum (SAAM).

The SAAM is a particularly enjoyable drawing experience because of the building's geometric Art Deco facade. Its tight corners, easy proportions and smooth curves make it an excellent drawing exercise. The building's position in the landscape of Volunteer Park also creates a wonderful composition and a chance to study the juxtaposition of geometric and organic forms.

In addition, the building's flat facade removes the need to worry about perspective and emphasizes the scale of people and objects. Most of the depth comes from the people surrounding the building and the size of objects in the scene such as cars. This is an excellent example of the way human scale can define a building.

The SAAM building was constructed in 1933 to house the Seattle Art Museum (SAM). SAM moved to its current location in 1991. The building was refurbished and opened as the Seattle Asian Art Museum in 1994 and continues to hold the majority of SAM's extensive collection of Asian arts.

At the time of this drawing, SAAM was hosting an exhibit of Japanese Pop Culture work produced by the artist Mr. Mr.'s art is produced in a pop culture style similar to Andy Warhol's work, using anime and Japanese pop culture. The exhibit focused on the impact of the Japanese tsunami and nuclear meltdown in 2011 and the many ways that Japanese culture has dealt with the catastrophe.

If you are looking for a good beginning urban sketching exercise, the Seattle Asian Art Museum is a good project. Its flat facade allows for a detailed study of proportions while minimizing the distraction of perspective. In addition, the museum and park offer many other drawing opportunities and cultural events.
Posted by Logan