﻿Sketching, every time!  I'm not much of a sports fan, but I did Tivo the game and watched it after I got home.
Today was the Big Game (Seahawks won the NFC Championship in a home game!).  First, I arrived at the Park and Ride for the light rail station early so as to get a spot.  I learned from previous experience that it fills up early with fans.

As a result, I was at Pike Market far earlier than I needed to be for the Urban Sketchers Seattle monthly outing.  I had breakfast with a view of the Great Wheel, lit up in Seahawks colors. 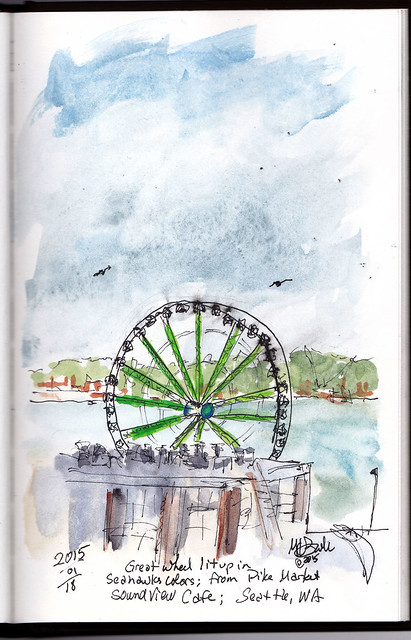 I wasn't sure how many people would attend due to said Big Game.  But we had a goodly number.  We took a "before" group photo as a few were leaving early to watch the game.  You might note everyone is showing a blank sketchbook.

My intention from the beginning was to sketch the Giant Squid sculpture hanging from the 2 story atrium. 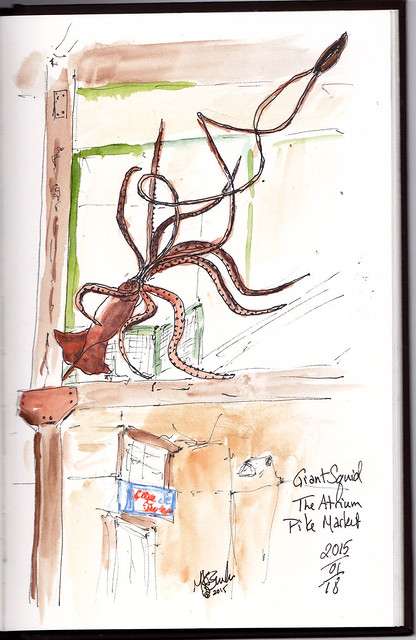 After that, I wandered around looking for another sketch.  At one point, it was raining so hard I wondered what all the racket was... it was the rain on the Atrium roof!  So no going outside around the Market.  I finally settled on one of the iconic Market neon signs. 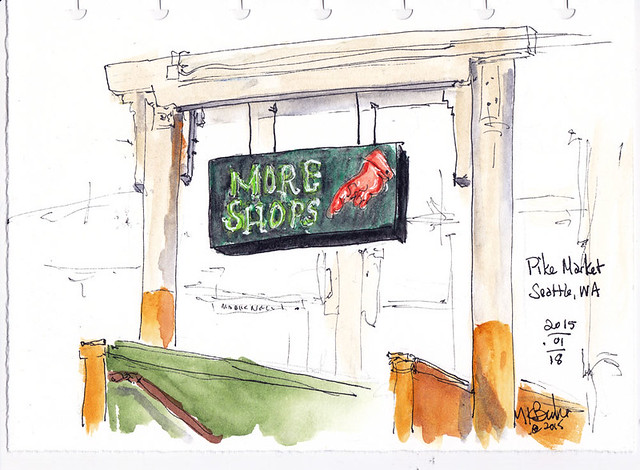 Sketchers had gradually gathered back in the Atrium, where we shared out sketches and had a final group photo.  Several new people joined us today.  I'm sorry we didn't do another round of introductions at the end.