This last weekend I was part of a team that participated in the annual Red Bull Soapbox Derby.
It is held in one city in the world and this year it was in Seattle.
Last May we submitted a design and were selected to be one of 36 teams to compete.
The vehicles must be gravity propelled (no motor or other propulsion).  There is also a theatrical aspect to the race.  The goofier the better.  Winning the race is important but if you don't at least lose with style.
Our entry which I have been documenting from the beginning started with buying two matching 20" girls bikes on Craigslist for $30.00.  After a month we had our Geoduck (Pronounced Gooey Duck)  Racer.
For those of you who don't know what a Geoduck is, it is a large Clam found in the Pacific Northwest.
It also happens to be the mascot of Evergreen College in Olympia.
We did some test runs and got it up to 40 mph.  The day of the race came around and we were next to the last run.   We got off to a good start but the craft became unstable after the first of two jumps and it crashed with style.  By the way no one was injured.  It was a great way to cap off the summer and we're already thinking about the next race. 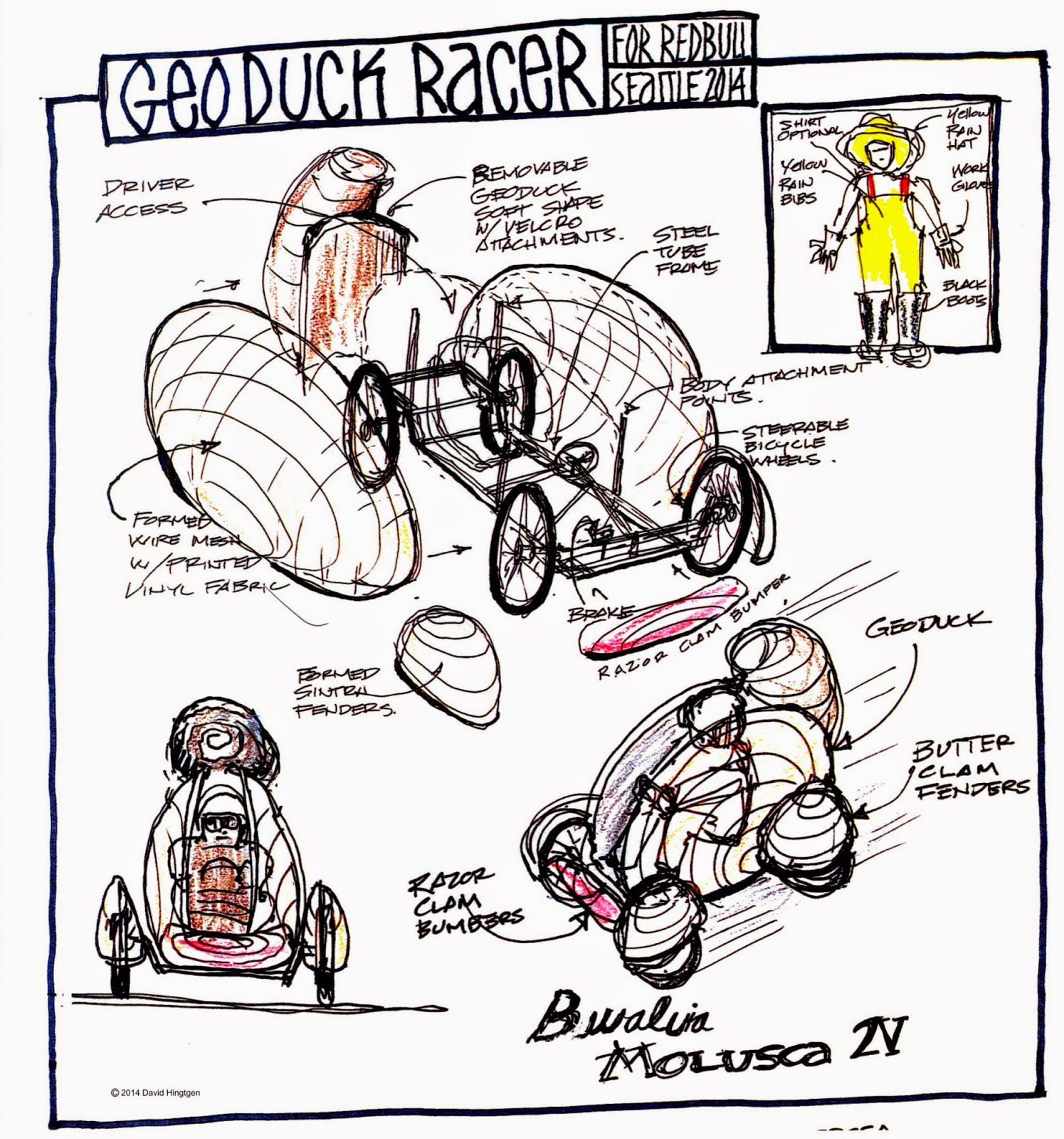 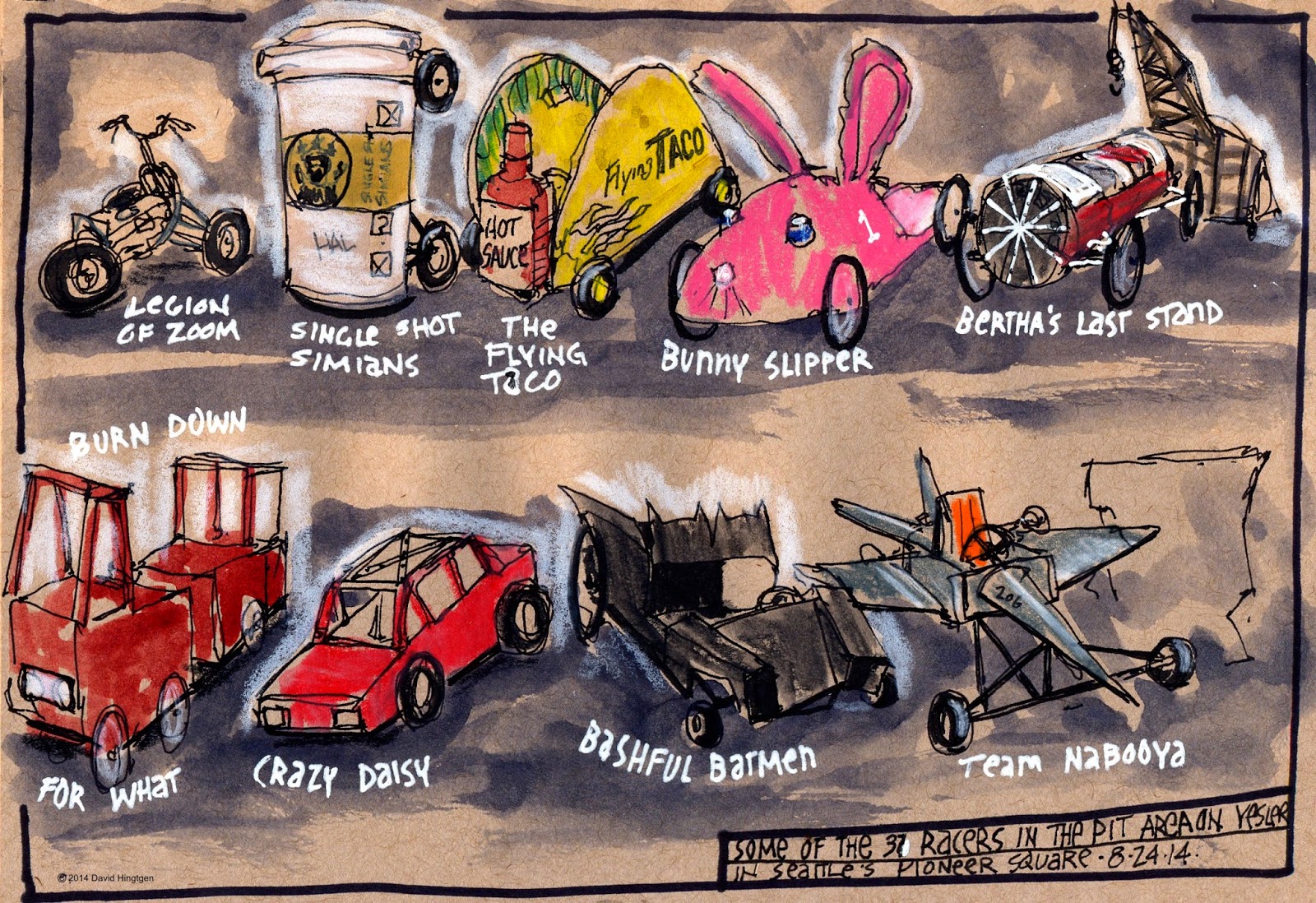 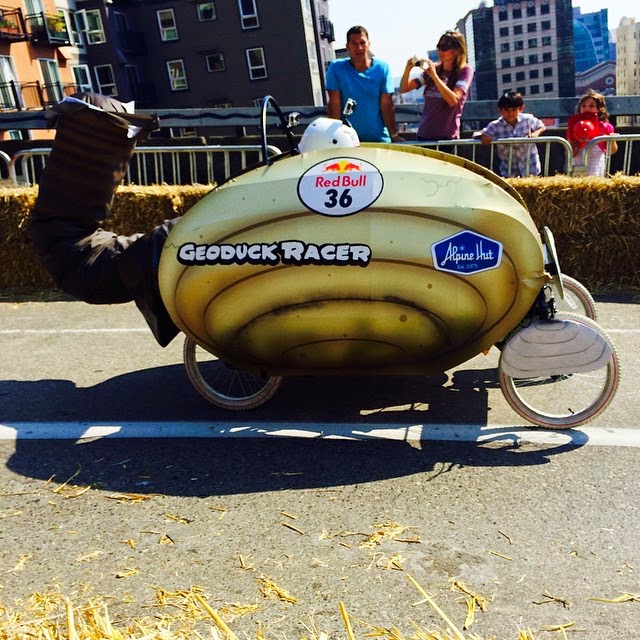