On the Corner of Bitter and Sweet, the Panama Hotel Tea and Coffee House

Out of town sketchers coming to Stephanie's Good Bones Workshop got to see a Seattle style sketch outing..rain and all!  We were hoping today would be sunny and dry as it was forecast at the beginning of the week but you can never depend on the weather report.  So each sketcher had to find dry locations to sketch.  I happen to see Logan and Kay walking and asked where they were going.  They had planned to go to the Tea and Coffee House at the Panama Hotel.   I have always wanted to go there ever since I read "Hotel On the Corner of Bitter and Sweet," an historical novel by Jamie Ford set in Seattle during the Japanese internment.  This was a great opportunity to see the hotel and didn't disappoint.  It had the character and feeling that you would expect of these old historic ID buildings.

Other people had the same idea and soon Jane Wingfield popped in and then Frank Ching.

Here is my sketch for the morning. 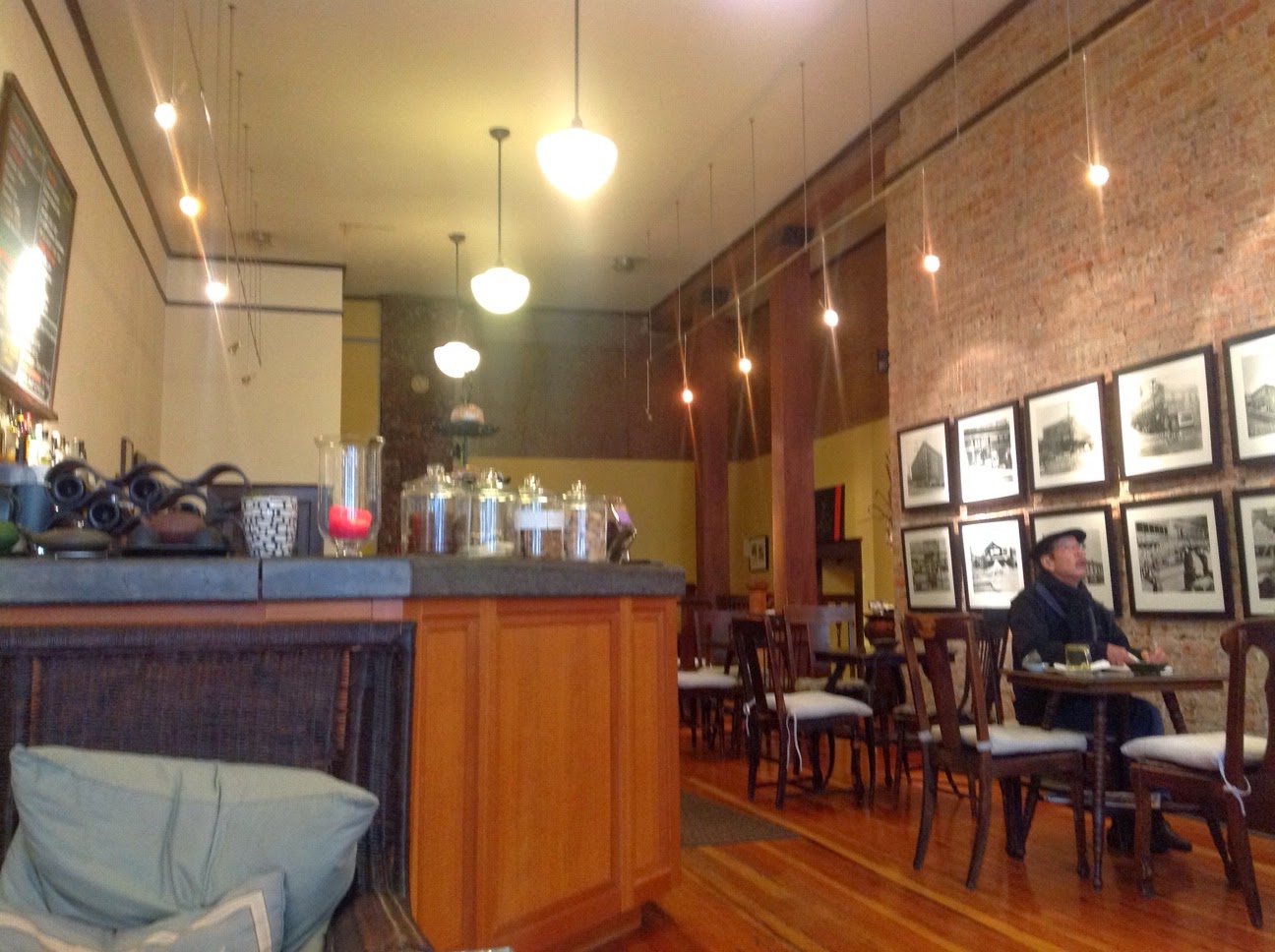 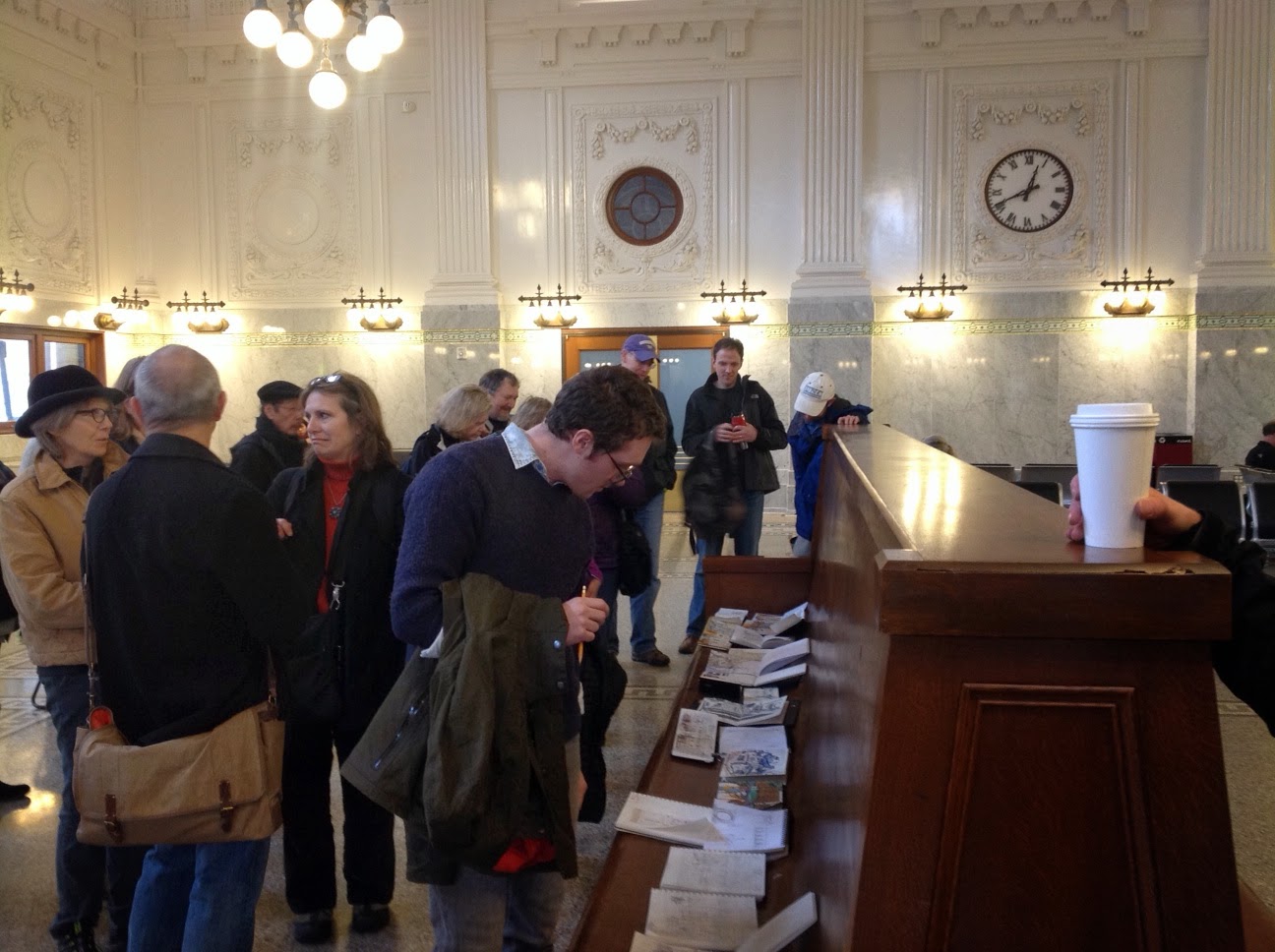 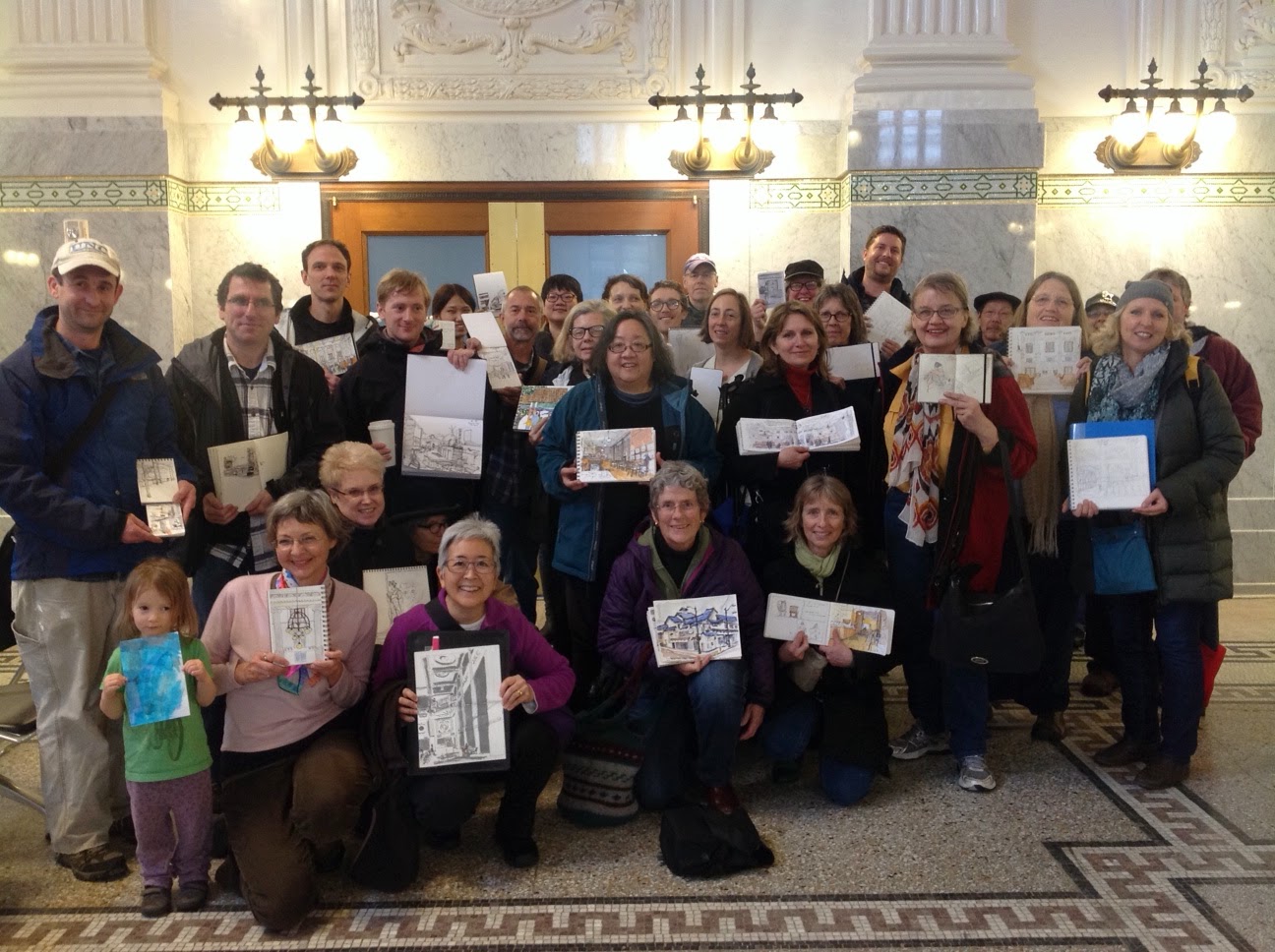