There were some beautifully done sketches at the Seattle Bouldering Project. I especially admire those who could capture the bodies as they clambered up the walls of the climbing volumes. I could only suggest their movements because they moved so quickly. 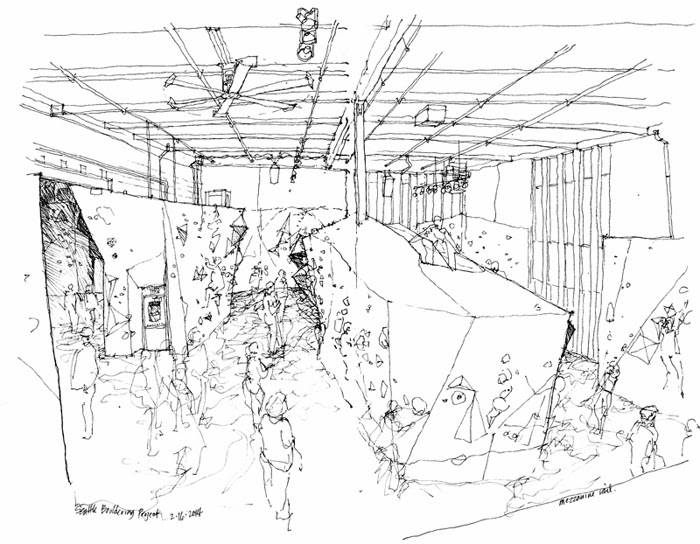 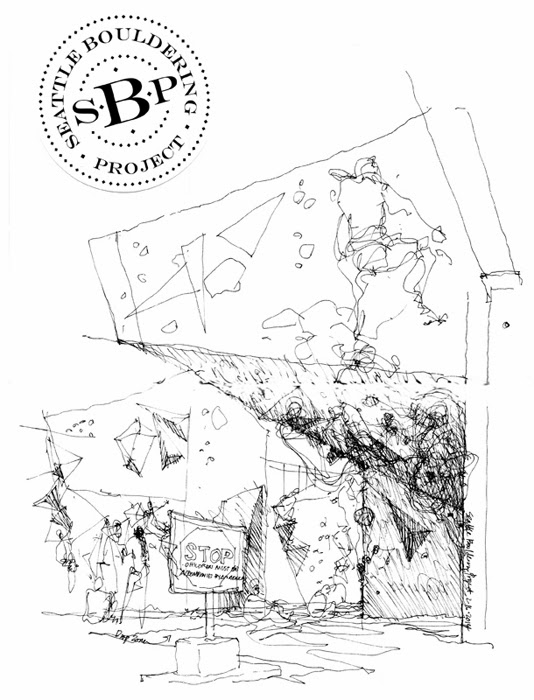