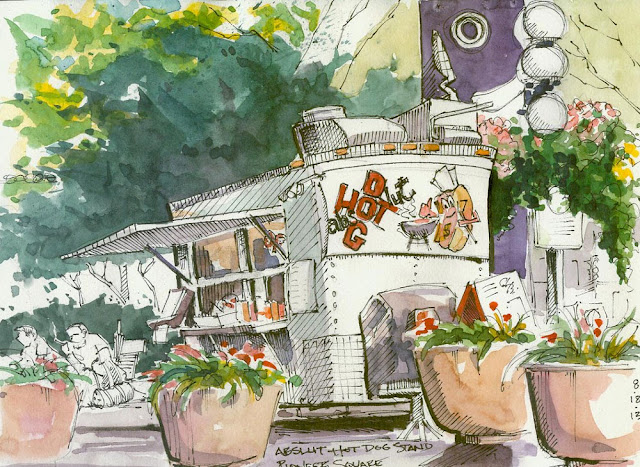 After the Seattle Urban Sketchers Gathering on the Seattle Waterfront - I walked south to Pioneer Square where there is a new (newer) food stand near the pergola and the Chief Sealth statue. Every half an hour of so I would have to take a break while all the people doing the Underground Seattle tour stood in front of me listening to their guide go over the story of the great Seattle fire of June 6, 1889.
Posted by Mark Ryan