It was the Edmonds Theater that caught my eye in this sketch, though it was a lot to tackle.  I think I'll try to go back sometime this summer to work on some different scenes. I really didn't even think of going down to the waterfront when that is sort of the essence of Edmonds. I think I'll go for something more simple next time.

I did have fun at the Honk Fest West at Gasworks on Saturday after the Solstice Parade. It was quite a congregation with several bands providing surround sound and thousands of people in various stages of undress. This drawing done from the hill doesn't come close to capturing the throngs. 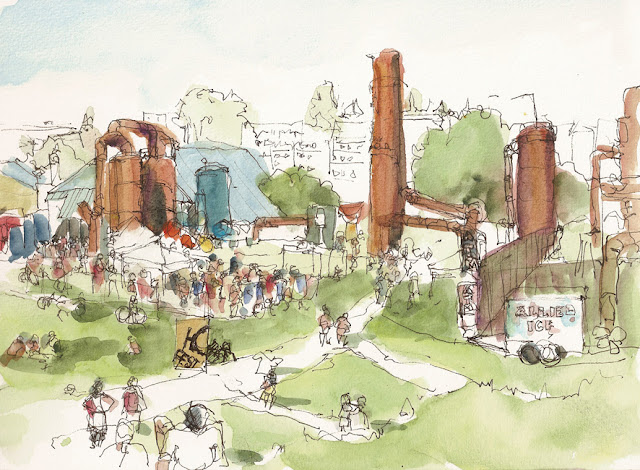 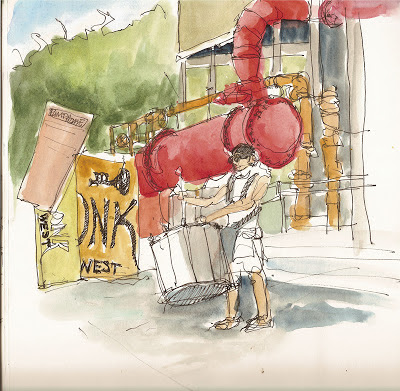