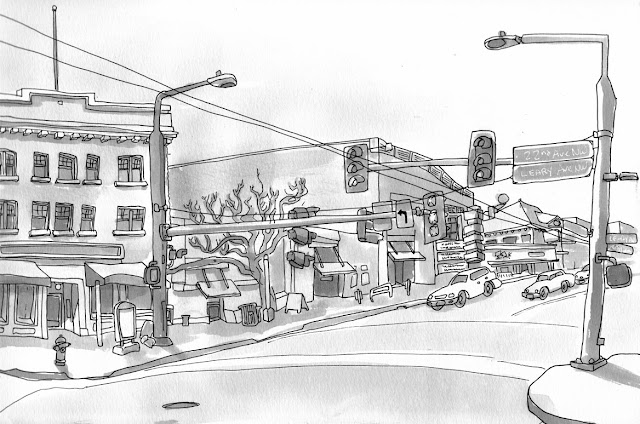 Fooled by the sunshine, I set up on the corner of 22nd and Market and too late realized I wasn't going to make it in the cold without my gloves and scarf. I whipped this out in record time and headed to a vintage shop I'd never drawn before so I could sit indoors. 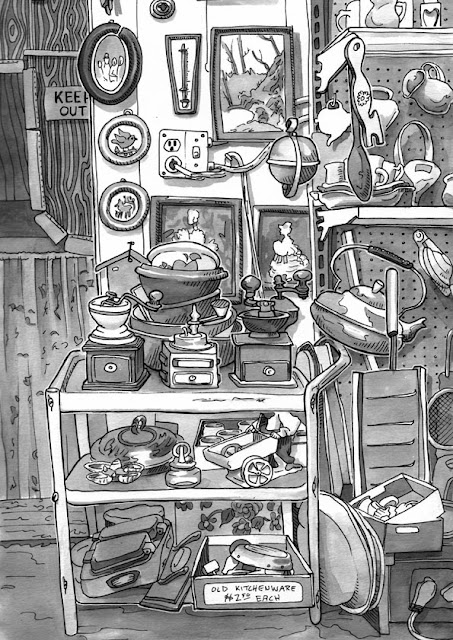 As I drew this, I thought my pens were leaking tiny little drops of water. Then I realized the roof was leaking. It smelled like grandma's attic and the radio played such sad music: In The Still of The Night, Save The Last Dance For Me, I Am Music. To make matters worse, the sun began calling to me, insistently, but now I was trapped inside, midway into a drawing. But the elderly woman who owns the place was kind and curious about why I would want to draw her dusty old junk and came outside to wave as I drove off.
Posted by Steven Reddy