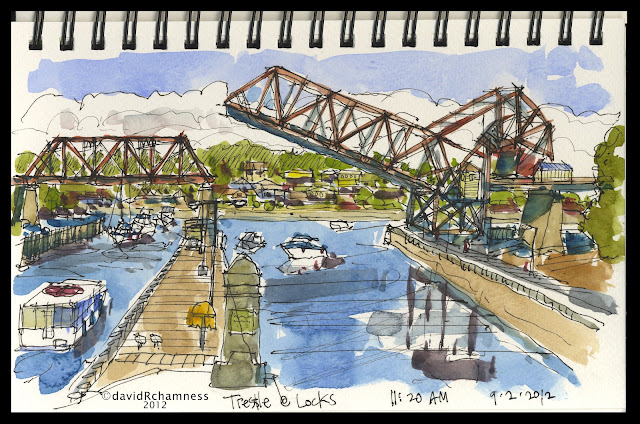 Like others as I was sketching the trestle it closed and I had to think about what it looked like in the open position.  After a while I noticed it was moving back into the open position and I could check what I had drawn from memory.  Sketching things that move adds complexity to the process and Sunday we had lots of moving parts (boats, seagulls, people and the trestle) to include in the compositions. 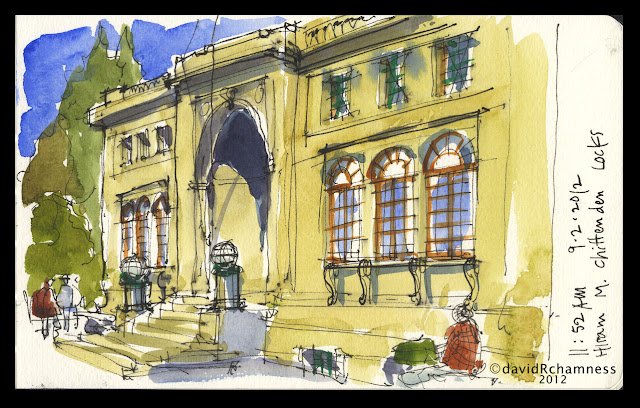 This stately building at the Locks is one of my favorite.  I enjoyed all the ways that others captured a detail or included it in larger panoramas.
Posted by david chamness