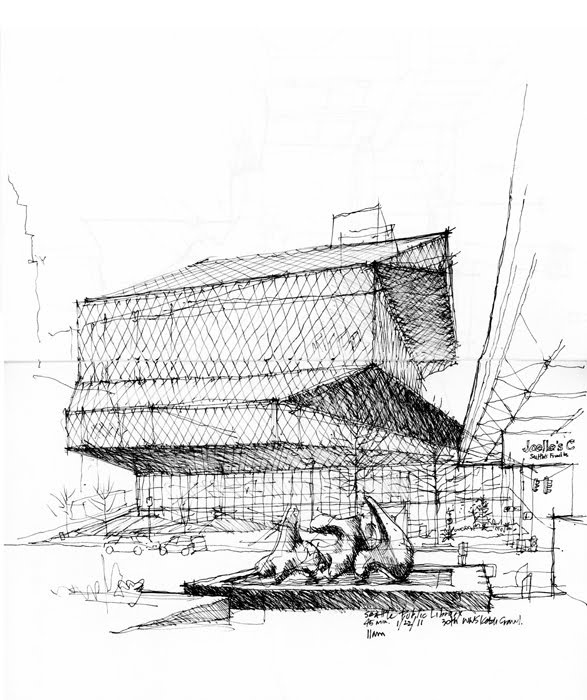 Enjoyed everyone's interior views of the Seattle Public Library. Here’s an exterior view of the iconic building by OMA/Koolaus. Normally, I think irregular forms are easier to draw since it is more difficult to see errors in geometry, scale and proportion. But in this case, proportion does matter. Beneath the gridded facets, you might be able to see my initial attempts in roughing out the forms, which were too narrow given the building’s height. I kept increasing the width as the drawing developed. In looking at the drawing now, it seems that it could be wider still. Nevertheless, an interesting challenge.
Posted by Frank Ching