UpGarden is aptly named: It’s the highest p-patch in Seattle. Noted as the nation’s first rooftop community garden, it opened on the top level of the Seattle Center parking garage in 2012. Now thriving and filled with flowers, fruits and vegetables, the garden is a welcome spot of green in the shadow of the Space Needle. USk Seattle has been meaning to meet there for quite a while, and it finally landed on our calendar today.

I took a leisurely stroll around the garden and noted several fun potential sketches: the Airstream trailer (filled with gardening tools) in front of a crane; corn stalks with the Queen Anne towers behind them; a vintage Ford Galaxy 500 filled with plants. The hard part was choosing! Although the sunflowers were past their prime, I didn’t mind: I liked the composition of the tall plant’s heart-shaped leaves in front of the Needle.

What’s next? I couldn’t decide, so I pulled out the trick that served me so well in Amsterdam: I made a page of thumbnail-size sketches of the compositions I’d spotted earlier.

The first time I sketch again with USk Seattle after I’ve been traveling, I’m always filled with joy and gratitude for my community here at home. I’m fortunate to be able to travel and sketch with people from around the world, but it’s when I do that I am reminded not to take my homies for granted. Many sketchers don’t belong to a local group, so the symposium is their only opportunity to be with like-minded folks. I’m much luckier than that; I can do it several times a month.

Driving home with the top down on the Express Lanes, it was 73 degrees and clear. This is, unarguably, the best time of year to be here. I don’t want to be anywhere else. 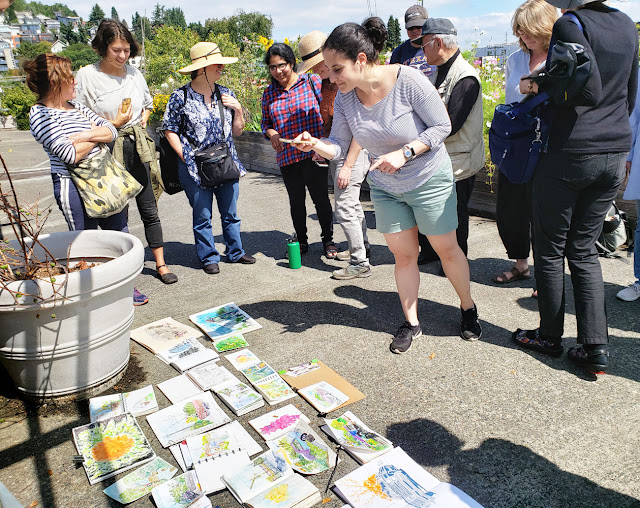 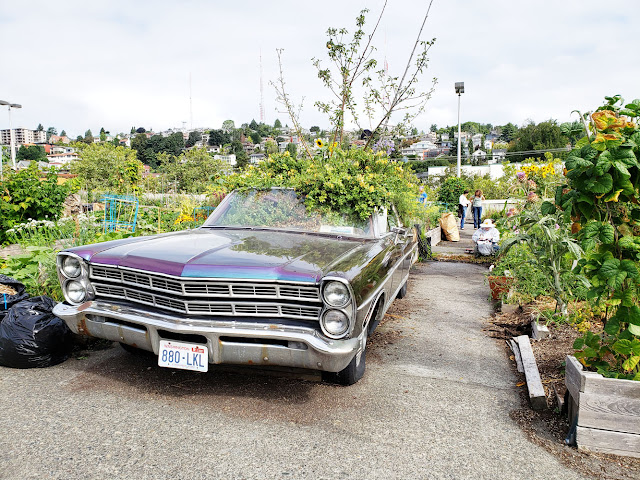 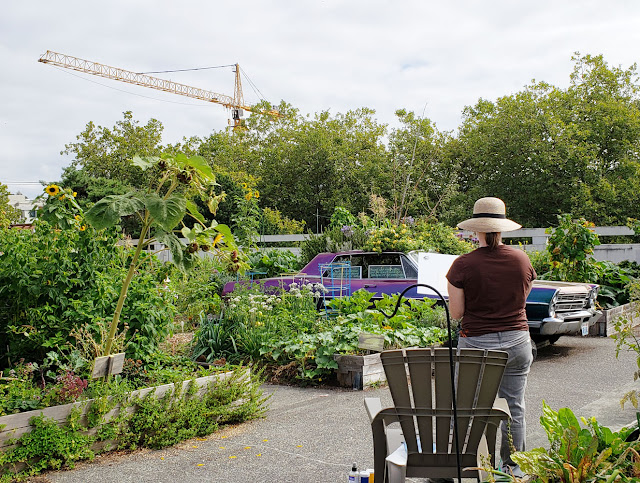 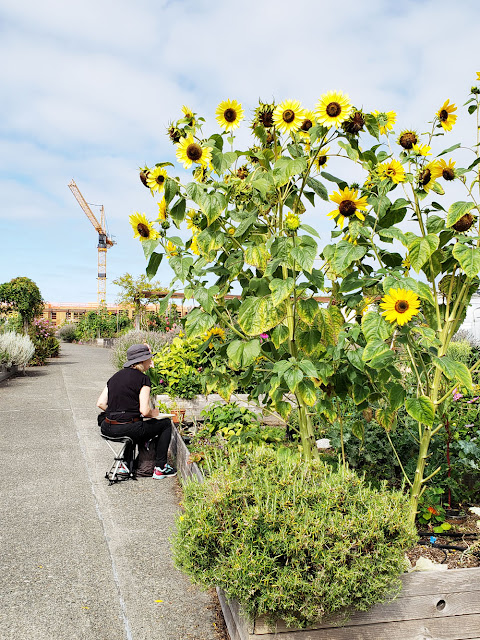