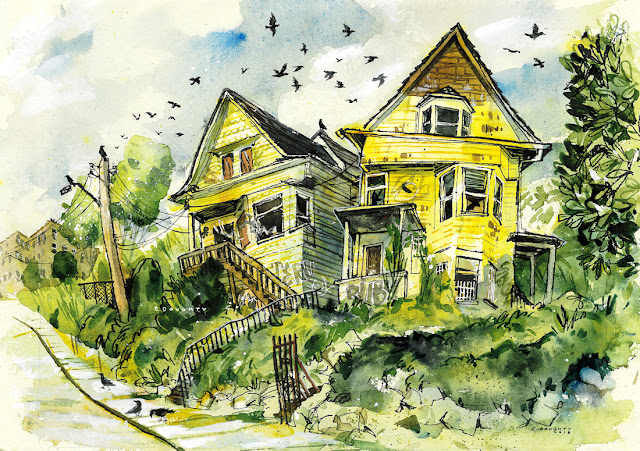 When I ride my bike home from Capitol Hill, I always pass these dilapidated Victorians tucked on the very end of a street ending at the I-5 cut cliff. I thought they were the same, but when I started drawing them I realized they were quite different from each other - still twins, just not identical. I sketched them in April. Each time I passed by after that, I noticed slight changes to the houses – new tags, more windows boarded up or broken.

Someone on Etsy bought a print of this, and let me know that she used to live on the second floor of the one on the right & sent me a photo of her former living room. She had this to say about it: 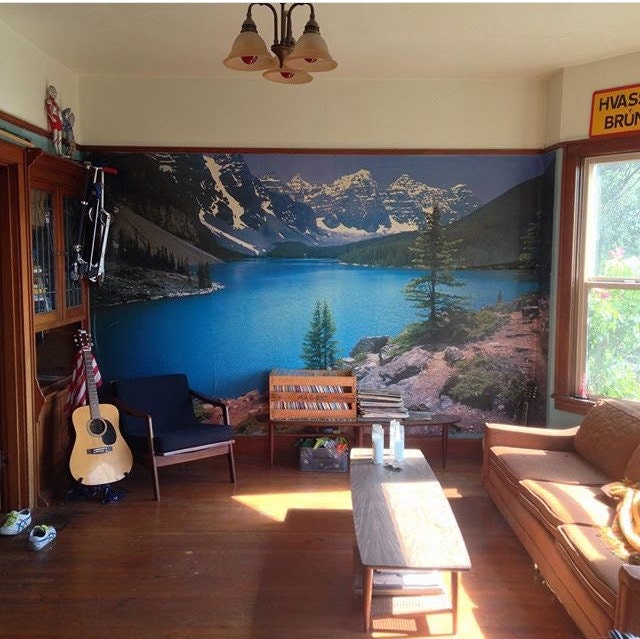 "it was a pretty cool house, pretty dumpy but it had lots of charm. It was built in the 1890s and it was one of the first houses built on that side of capitol hill. (They didn't even have roads back then, just horse trails!) The houses were converted to triplexes, and I rented the middle unit from a older lady who had inherited the property from her family. She recently died, and I think her daughter sold it to developers. All of the tenants were evicted last November so they can tear it down to build a 40-unit building."


Well, you can probably guess where this is going. When I biked past this spot last night, there's nothing there - the houses are gone. Demolished at some point in the last two months. Apparently some squatters started a fire in the right side house, which sped up the process. I'm sure yet another boxy ~modern~ apartment building will be shortly erected in their place.

But thanks to sketching, I won't forget what was there before. I can only imagine how the view out of those bay windows changed over the 120 years they stood on Capitol Hill, looking over South Lake Union. They predated roads on this part of the neighborhood! I mean, the city itself hasn't been around much longer than these houses were. 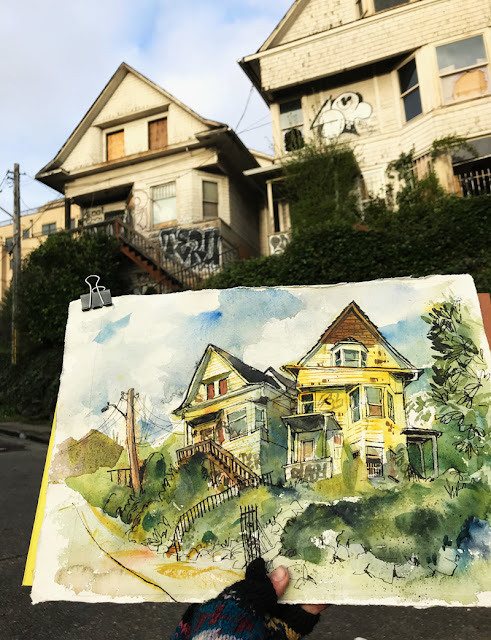