A Colorful Afternoon at Japanese Garden

With the weather forecast predicting today’s sunshine, we took a chance last week and scheduled a sketch outing, even though it was still seven days away, when conditions could easily change. I kept my eye on the forecast, and our optimism was rewarded. I think it may have been USk Seattle’s most colorful outing ever!

As I entered the garden, I overheard people chatting about a gray heron in the pond, and I assumed it would be gone by the time I got there. To my surprise, he was still taking his time preening atop a rock, so I couldn’t resist grabbing him first while I could. Amazingly, he stayed the whole time I sketched.

After that I walked around the whole garden to take in all the color lighted by the low afternoon sun. A weeping willow growing nearly horizontally over the pond was challenging but, again, irresistible. 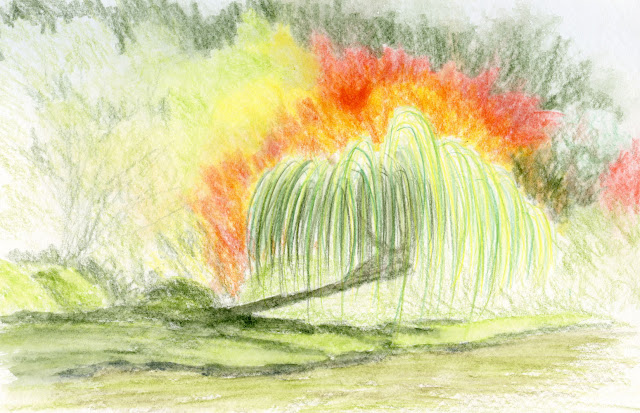 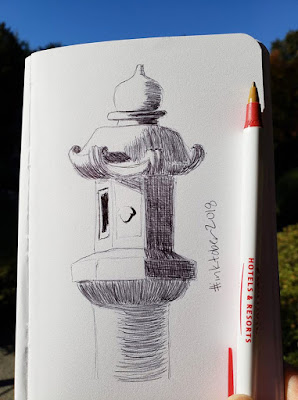 Expecting to have only my usual 15 or 20 minutes left before the throwdown, I was surprised to see that I still had a half-hour. Plenty of time for a third sketch! A stone lantern by the path was filled with shadows ideal for hatching. I’d already done an InkTober sketch for the day, but what the heck – I could get a head start on tomorrow.

For a short-notice weekday, we had a great turnout! 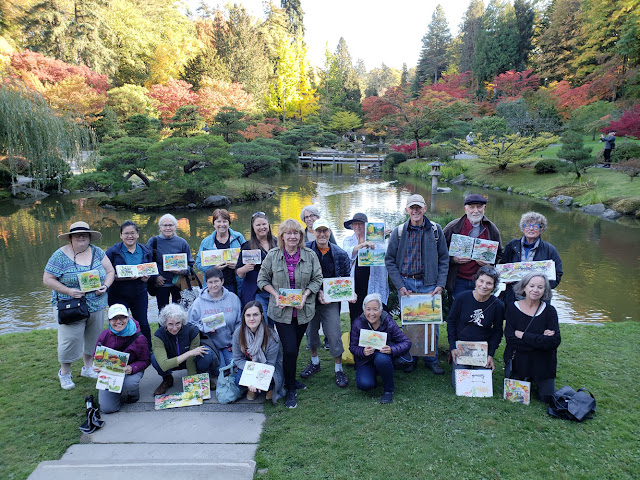 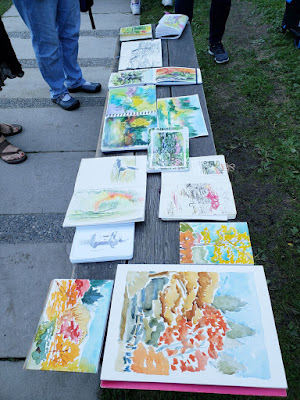 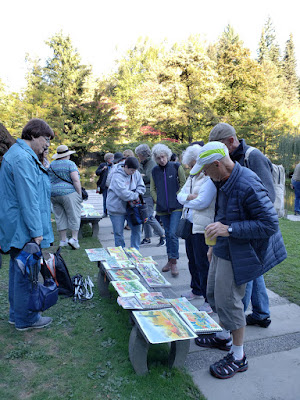 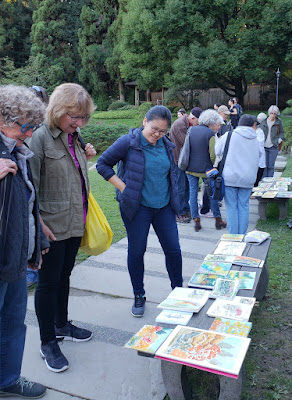 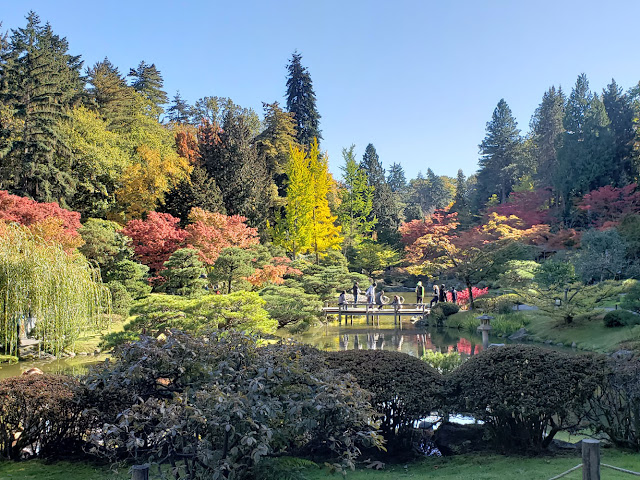